Elizabeth “Betty” Parris was the first afflicted girl and one of the main accusers during the Salem Witch Trials of 1692.

Born in Boston on November 28, 1682, Betty moved to Salem with her family and slave Tituba in November of 1689 when her father, Samuel Parris, was appointed the new minister of Salem Village.

In the winter of 1691-1692, some of the afflicted girls reportedly dabbled in fortune-telling techniques, such as a “venus glass” in which the girls dropped an egg white into a glass of water so that a shape or symbol appeared, in an attempt to learn more about their future husbands and social status.

Although some sources indicate that it was Tituba who taught the girls these fortune-telling techniques, there is no mention of this in the court records and no evidence that she was involved.

According to the book A Modest Enquiry Into the Nature of Witchcraft by local minister, Reverend John Hale, on one of these occasions the girls became terrified when they saw the shape of a coffin in the glass. 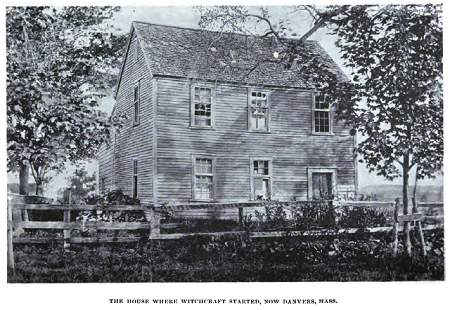 “The House Where Witchcraft Started,” photo of the Salem Village Parsonage, home of Samuel Parris, Danvers, Mass, published in Witchcraft Illustrated by Henrietta D. Kimball, circa 1892. This house is actually just an addition that was added to the parsonage house in 1734. The original parsonage house was torn down in 1784 and this addition was then moved to Sylvan Street in Danvers.

Shortly after the incident, Betty began behaving strangely in January of 1692, when she hid under furniture, complained of fever, barked like a dog, screamed and cried out in pain.

Soon after, Abigail Williams also started showing the same symptoms. Concerned, Samuel Parris called for a local doctor, who is believed to be Dr. Griggs, to examine them.

Unable to find anything physically wrong with the girls, the doctor determined they must be bewitched.

Hale described the events in his book A Modest Enquiry Into the Nature of Witchcraft:

“In the latter end of the year 1691, Mr. Samuel Parris, pastor of the church is Salem Village, had a daughter of nine, and a niece of about eleven years of age, sadly afflicted of they knew not what distempers; and he made his application to the physicians, yet still they grew worse: And at length one physician gave his opinion, that they were under an evil hand. This the neighbours quickly took up, and concluded they were bewitched.

He had also an Indian man servant, and his wife who afterward confessed, that without the knowledge of their master or mistress, they had taken some of the afflicted persons urine, and mixing it with meal had made a cake, & baked it, to find out the witch, as they said.

After this, the afflicted persons cryed out of the Indian woman, named Tituba, that she did pinch, prick and grievously torment them, and that they saw her here and there, where nobody else could. Yet they could not tell where she was, and what she did, when out of their humane sight.

These children were bitten and pinched by invisible agents: their arms, necks and backs turned this way and that way, and returned back again, so as it was, impossible for them to do of themselves, and beyond the power of any epileptick fits, or natural disease disease to effect. Sometimes they were taken dumb, their mouth flopped, their throats choaked, their limbs wracked and tormented so as might move an heart of stone, to sympathize with them, with bowels of compassion for them.”

Although the residents of Salem believed the girls were bewitched, modern theories suggest the girls were possibly suffering from either boredom, child abuse, epilepsy, mental illness or even a disease brought on by eating fungus infected rye.

In an attempt to cure Betty and prevent her from getting further involved in the witch trials, her parents sent her away from Salem Village (which is now modern day Danvers) to live in the home of Samuel Parris’ cousin Stephen Sewall in Salem town.

According to the book An Account of the Life, Character, & c. of Samuel Parris, Betty continued to have fits when living in the Sewall household but eventually recovered:

“Parris appears to have been very desirous of preventing his daughter, Elizabeth, from participating in the excitement at the village. She was sent by her father, at the commencement of the delusion, to reside at Salem with Capt. Stephen Sewall.

While there, the Captain and his wife were much discouraged in effecting a cure, as she continued to have sore fits. Elizabeth said that the great black man, came to her, and told her, if she would be ruled by him, she should have whatever she desired, and go to a Golden city.

She related this to Mrs. Sewall, who immediately told the child it was the devil, and he was a liar, and bid her to tell him so if he came to her again; which she did accordingly the next time the black man came to her. The devil, it it would seem, unaccustomed, in those days, to experience such resistance, and utterly astonished at the cool impudence of Betty Parris, never troubled her afterwards; and, although this girl was one of the first originators of the witchcraft delusion, in connection with her cousin Abigail Williams, she appears to have had, afterwards, but little to do with witchcraft.

This arose in consequence of following the sage advice of Mrs. Sewall, in getting rid of the devil; or, what was more probable, in her father taking her from the weekly circle of accusing and bewitching girls, and placing her in a very respectable family in Salem.”

Although Betty’s name appeared on the first complaint during the trials, she never testified in any court.

The Salem Witch Trials ended in 1693 and Samuel Parris was later dismissed from his job, in 1697, after years of quarrels and lawsuits between him and his parishioners.

Parris then moved away from Salem with Betty and his family, serving as a preacher in Dunstable and then Sudbury, where Betty lived until adulthood.

In 1710, Betty married a shoemaker, named Benjamin Baron, and had four children. She passed away at her home in Sudbury, Ma on March 21, 1760.

Betty Parris appeared as a supporting character in Arthur Miller’s 1953 play The Crucible. In the play, Betty accuses her cousin Abigail Williams of practicing witchcraft and drinking blood in order to kill John Proctor’s wife Elizabeth, although this did not happen in real life.

Although many of the Salem residents involved in the witch trials were immediately remorseful for their actions and apologized for what they had done, Betty Parris never issued an apology.

Only one of the afflicted girls, Ann Putnam Jr., ever apologized for her actions during the Salem Witch Trials.

The site of the Salem Village Parsonage, where Betty Parris lived at the time of the Salem Witch Trials, was excavated in 1970 and is open to visitors. 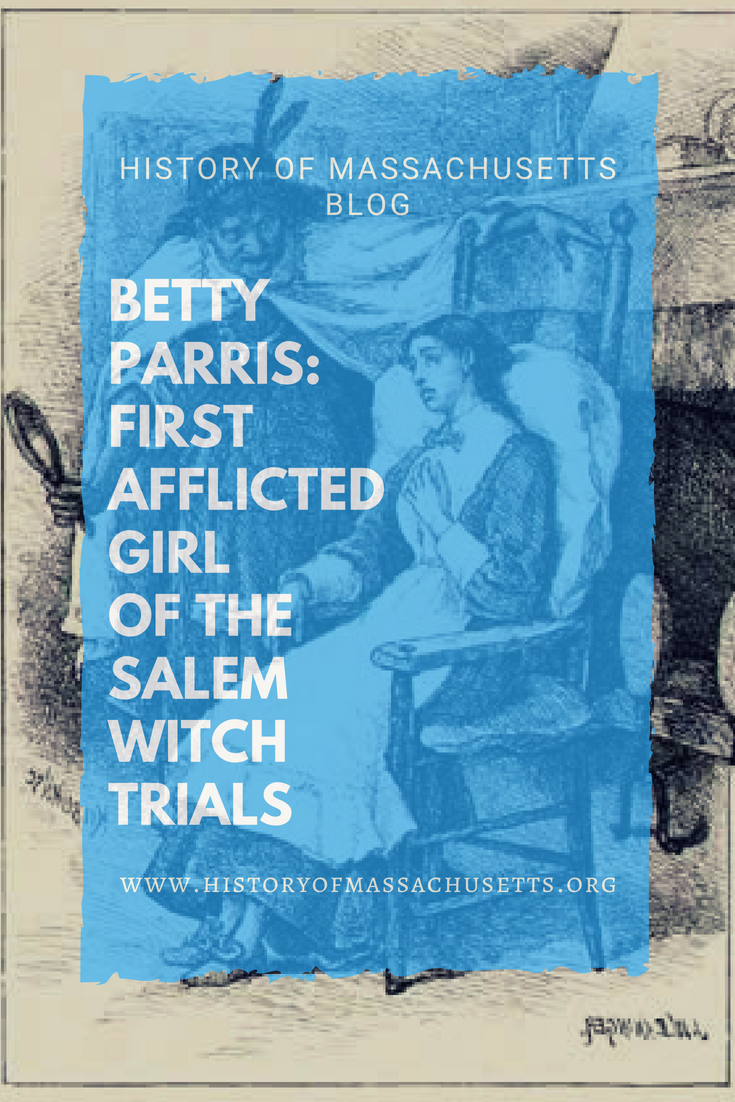