Paul Revere was a patriot and silversmith from Boston, Massachusetts. Revere is most known for his famous Midnight Ride of Paul Revere during which he warned minutemen in the countryside near Boston of approaching British forces during the American Revolution.

The following is a timeline of Paul Revere’s life:

1734:
♦ Paul Revere is born in late December in the North End of Boston.

1746:
♦ At the age of 12, Paul Revere leaves school to become a silversmith apprentice.

1756:
♦ On February 18, 1756, Governor Shirley appoints Paul Revere second lieutenant in Gridley’s artillery regiment while fighting in the French and Indian War.
♦ In May of 1756, Paul Revere takes part in the Crown Point Expedition in New York State. The expedition is a failure and Revere returns to civilian life in Boston that fall. 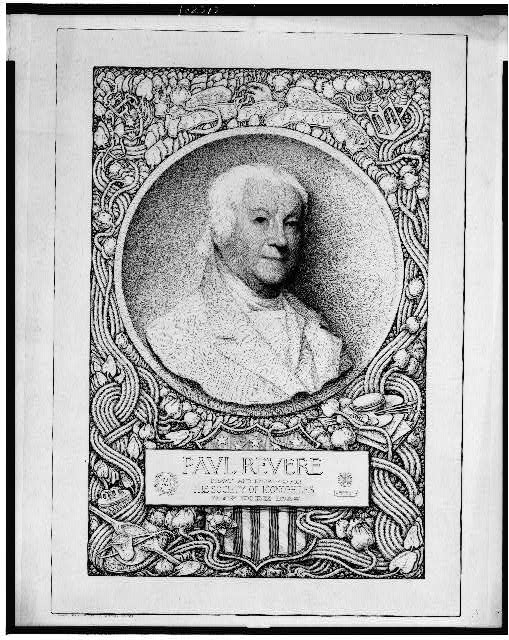 1770:
♦ Paul Revere purchases a house in the North End of Boston, now known as the Paul Revere House.
♦ On December 5, Paul Revere and Sarah Orne’s daughter, Elizabeth Revere, is born.

1774:
♦ In the fall, Paul Revere joins a spy ring known as “The Mechanics.”
♦ On December 7, Paul Revere and Rachel Walker’s son, Joshua Revere, is born in Boston.

1775:
♦ On April 18/19, Paul Revere takes his famous midnight ride to warn minutemen in the countryside that British troops were approaching in search of the colonist’s ammunition supplies 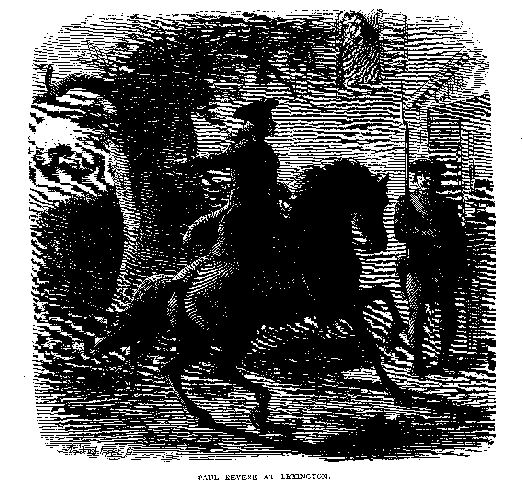 Paul Revere at Lexington, illustration, published in Our Country, circa 1877

1777:
♦ On April 30, Paul Revere and Rachel Walker’s son, Joseph Warren Revere, is born.
♦ In September, Lieutenant Colonel Paul Revere leads a detachment of troops to Worcester to take command of British soldiers captured at the Battle of Bennington.

1778:
♦ In July, Lieutenant Colonel Paul Revere is sent to reinforce General John Sullivan at Newport, Rhode island. The colonists were unable to recapture Newport and Revere returned home in September.

1782:
♦ Paul Revere is acquitted of all charges in his court-martial case.
On July 20, Paul Revere and Rachel Walker’s daughter, Harriet Revere, is born.

1804:
♦ Paul Revere befriends Deborah Sampson, a woman who disguised herself as a man and fought in the Revolutionary War.
♦ On February 20, Paul Revere writes a letter to William Eustis, a member of Congress from Massachusetts, in support of a military pension for Deborah Sampson.

1811:
♦ Paul Revere retires and leaves his business in the care of his sons and grandsons.

1814:
♦ In September, Paul Revere volunteers to help build Fort Strong on Noddle’s Island during the War of 1812. 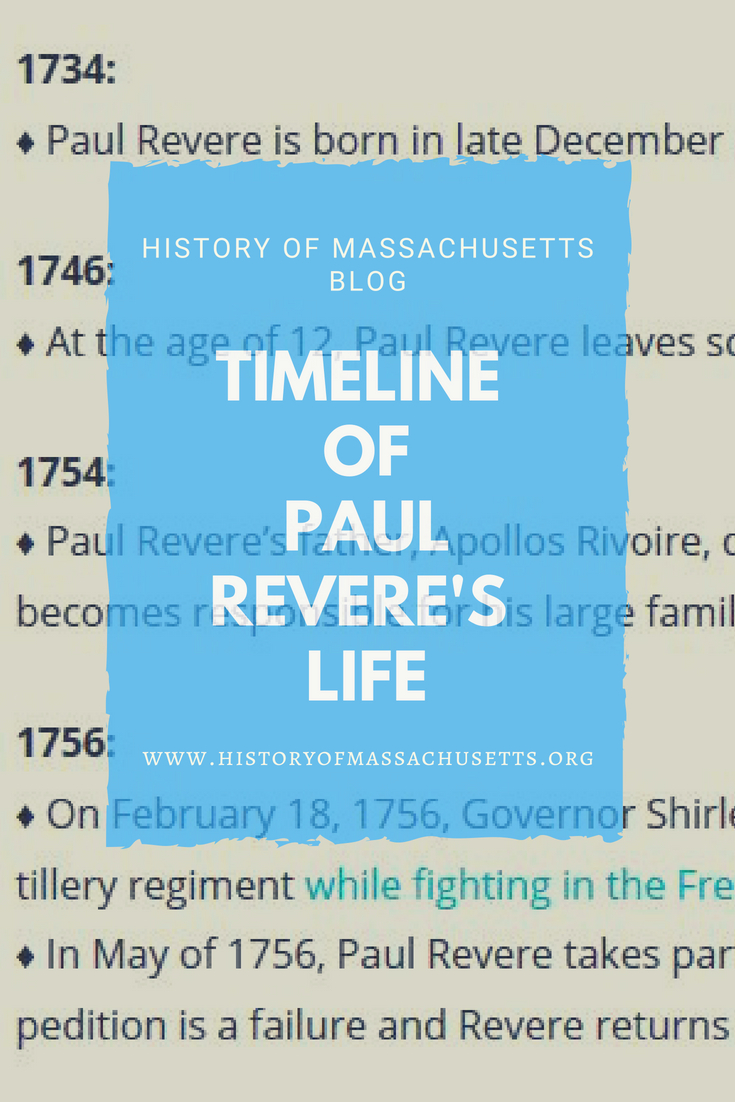