The historic Lyceum building, built on top of the former site of Bridget Bishop‘s apple orchard, has recently been renovated.

The building is reportedly haunted by the ghost of Bridget Bishop, the first victim of the Salem Witch Trials, and the building was featured on many paranormal shows such as Ghost Adventures and Ghost Hunters.

Although the Lyceum has long been known as the site of Bishop’s orchard and the smell of apples is said to waft through the building, the same thing has been mistakenly said about another location in Salem.

A rumor began circulating recently claiming that the Hawthorne Hotel in Washington Square was also built on top of Bishop’s orchard and that the scent of apples is present on that site as well.

Managers of the hotel refute the claim and are unaware of how the rumor started, although it is speculated the mix up came from one of the paranormal shows. 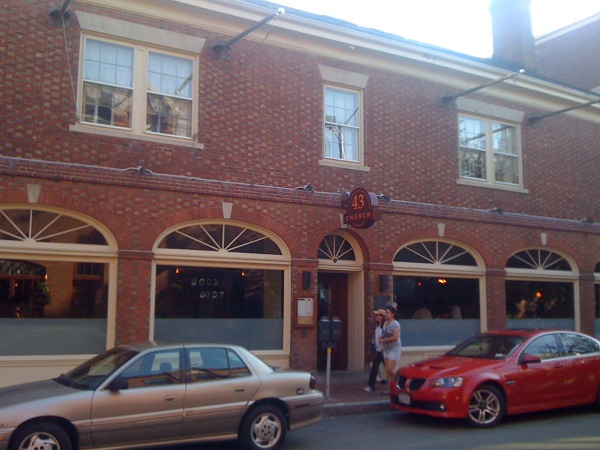 “The ‘Ship Tavern’ was on the ground the front of which is occupied, at present, by ‘West’s Block,’ nearly opposite of the head of Central Street. It had long been owned and kept by John Gedney, Sr….John died in 1685. His widow moved into the family of her father-in-law; and, after his death in 1688, continued to keep house…The tavern, in 1692, was known as ‘Widow Gedney’s.’ The estate had an extensive orchard in the rear, contiguous, along its northern boundary, to the orchard of Bridget Bishop, which occupied ground now covered by the Lyceum building, and one or two others to the east of it.”

Not only does the book confirm the Lyceum building is built on top of Bishop’s orchard, an old 1919 map of Salem’s business district shows that Church street, the location of the Lyceum, is in fact, just north of the area where Gedney’s tavern once stood “nearly opposite of the head of Central Street.” Washington square, the location of the Hawthorne hotel is much farther away.

According to Upham’s book, Bishop’s orchard was the scene of her alleged witchcraft crime. John Louder testified during the witch trials that he suspected Bridget Bishop of witchcraft after he chased off a deformed monster in his room and followed it out the back of the building only to find Bridget Bishop fleeing through her orchard towards her house.

Stories of ghostly apparitions continue to surround the old Lyceum building since it opened as a restaurant in 1989.

Numerous people have reported seeing a woman in a long white gown floating above the Lyceum building’s main staircase and her image has been seen in windows and mirrors throughout the building.

The location not only has a strong connection to the Salem Witch Trial era but the Victorian era as well. Although it is now a restaurant, it was once the site of a public hall for the Salem Lyceum Society during the 1800s. Lyceum societies were groups dedicated to educating the public with lectures and speeches.

The Salem Lyceum Society bought the property in 1831 and built the brick building that still stands there today.

Many famous writers and public officials of the time spoke at the hall such as Ralph Waldo Emerson, Frederick Douglass, John Quincy Adams and Henry David Thoreau. Alexander Graham Bell also conducted the first public demonstration of the telephone at the hall in 1877.

There are no known stories of visitors having ghostly encounters on the site while it was still a lecture hall.

The building was later remodeled into a series of bars and restaurants, most recently the Lyceum restaurant and the 43 Church restaurant, which both closed, and is currently the location of Turner’s Seafood restaurant.