The underground railroad was a series of safe houses that stretch from the south all the way to Canada.

These safe houses provided shelter and protection for runaway slaves trying to find freedom in the north. Although slavery was illegal in northern states, the Fugitive Slave Act passed in 1793 and 1850 make it legal for slave hunters to travel to free states and capture runaway slaves.

Some slaves took their chances and settled in free states, but many others passed through these states as they headed for Canada where slavery was illegal and slave hunters could not enter.

Due to the need for secrecy on the underground railroad, not much is known about these safe houses and written records on the locations are hard to come by.

The National Park Service set up a program in 1998 dedicated to identifying and preserving underground railroad sites and has identified 23 locations in New England alone.

Here are some of the more well documented locations in Massachusetts: 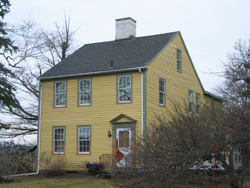 Ross farm is a 19th century farmhouse in Northampton. The house has been the home of many abolitionists who sheltered runaway slaves there.

Samuel hill was the founder of the Northampton Association of Education and Industry, an organization with strong abolitionist views.

Hill helped runaway slaves find work and a place to live in the town. Hill’s son stated that the house was a busy stop on the underground railroad:

“A good many passengers stopped ‘five minutes for refreshments’ at my father’s, and conductors were often changed here,” and “Our station was on the line from Hartford going North, though sometimes we had passengers who would come up part way through the Hudson River Valley or diagonally across the Pennsylvania line.”

Hill sold the farm to Abel Ross in 1849 and Abel eventually sold it to his nephew Austin Ross in 1857. Austin was also an avid abolitionist and once again opened the home to runaway slaves traveling the underground railroad en route to Canada, even allowing one runaway slave to stay in the home for a year. 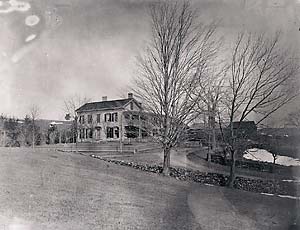 Liberty farm in Worcester is federal-style farmhouse once owned by abolitionists Stephen Symonds Foster and his wife Abby Kelley.

Both Kelley and Foster were lecturers who toured the country speaking out not only on slavery but also women’s rights and other social issues of the time.

Immediately after purchasing the house in 1847, the husband and wife opened their home to runaway slaves.

The Foster’s felt strongly about a woman’s right to vote and rebelled against Abbey’s inability to vote by refusing to pay their annual taxes on the home. Every time the home was seized by the government for back taxes, friends and neighbors would buy the house and give it back to the couple. 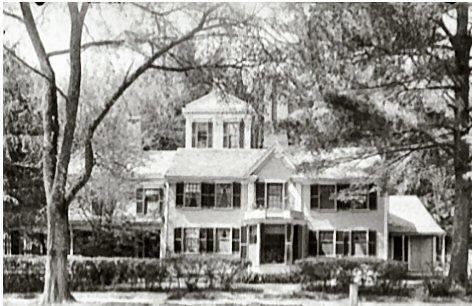 The Wayside in Concord was once the childhood home of Louisa May Alcott before her family sold it to Nathaniel Hawthorne.

Louisa May Alcott lived in the home with her three sisters and parents from the years 1845 to 1852, shortly before selling it to Nathaniel Hawthorne and moving to Boston.

The Alcott family called the home “Hillside” and although it is not known exactly how many slaves stayed there, the family did shelter at least two slaves in the house in 1847.

Louisa May stated various times that “fugitive slaves were sheltered under our roof” and spoke of one 30-year-old man who stayed there a week while on his way to Canada. 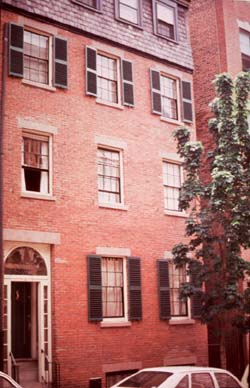 The Hayden House in Boston is one of the most well documented stations on the underground railroad.

This house was owned by an escaped slave, Lewis Hayden, and his wife Harriet. The Haydens purchased the house in the 1850s and turned it into a boarding house.

Together, the Haydens sheltered many slaves in the home starting in the 1850s and continuing throughout the Civil War, including a well-known slave couple named William and Ellen Craft.

The house is one of 16 homes located on the Boston African-American National Historic Site. 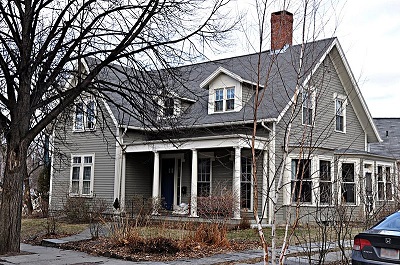 The William Ingersoll Bowditch house is a 19th century wooden cottage in Brookline, just outside of Boston.

The house, built in 1844, was home to William Ingersoll Bowditch, a local conveyancer, town selectman and abolitionist.

Bowditch hid not only slaves but also the son of abolitionist John Brown, after Brown’s trial and execution following his failed raid on Harper’s Ferry in Virginia. Other well-known guests at the house included William and Ellen Craft. 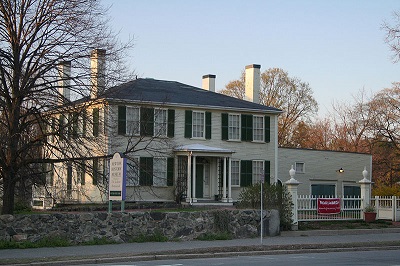 The Jackson homestead is a Federalist-style house in Newton built in 1809 by Timothy Jackson. Jackson built the home after serving in the Revolutionary war.

Jackson’s son, William, was an abolitionist who allowed runaway slaves to take shelter there after he inherited the house from his father. William’s daughter Ellen spoke once of the night a runaway slave came to the house:

“the Homestead’s doors stood ever open with a welcome to any of the workers against slavery for as often and as long as suited their convenience or pleasure. The Homestead was one of the Stations of the “Under Ground Rail Road” which was continually helping runaway Slaves from the South to Canada. One night between 12 and one o’clock, I well remember father was awakened by pebbles thrown against his window. He rose asked what was wanted? Bowditch replied it was he, with a runaway slave whom he wished father to hide till morning, and then help him on his way to Canada, for his master was in Boston looking for him. Father took him in and next morning carried him 15 miles to a Station where he could take a car for Canada. He could not have safely left by any Boston Station.”

Other evidence of activity in the house comes from an 1893 letter from William Ingersoll Bowditch who wrote of the Jackson Homestead:

“We had no regular route and no regular station in Massachusetts. I have had several fugitives in my house. Generally I passed them on [to] Wm. Jackson at Newton. His house being on the Worcester Railroad, he could easily forward any one.”

When William Jackson passed away in 1855, the family could no longer afford to shelter runaway slaves in the home but spent their time volunteering at various charities and organizations in Newton.

8 thoughts on “Traveling the Underground Railroad in Massachusetts”