If you have a fascination with the American Revolution and also love to play games, you’re in luck.

Although there aren’t a lot of American Revolution-themed games, the few that do exist are great. The games listed in this article are notable for being historically accurate, educational and fun.

These games also have great reviews on sites like Amazon and are best sellers in their niche. In addition, they have also won numerous awards in their industry.

Assassin’s Creed III: Liberation is considered the best video game about the American Revolution. According to an article in Popular Mechanic, the Assassin’s Creed franchise has a reputation for being historically accurate and this game is no exception.


The game takes place between 1753 and 1783 during a number of important moments leading up to the Revolutionary War, including the Boston Tea Party and the Battle of Bunker Hill.

When re-creating historic battles, the developers tried to make the game as historically accurate as possible by making musket fire fairly inaccurate and limited to a range of 50 yards. Shots can only be fired every 30 seconds since that is how long it takes to clean the barrel of a musket, load the weapon, ram the ammo and fire.

Cannons can only be moved up and down, not side to side, because many of the cannons during the war were placed on wagons and were heavy and difficult to move.

The game even accurately dresses the British soldiers in their famous redcoat uniforms, American soldiers in blue uniforms, and local militia in plain civilian clothes.

The developers also researched late 18th century British slang and the Mohawk language to make the dialogue as accurate as possible. The characters use 18th century words such as “forecastle,” “limey,” ‘indorser” and “dandy prat.”

The game also features General George Washington but tries to avoid idolizing him and perpetuating the same old myths that are often associated with him. It instead attempts to portray Washington a regular person with both good and bad qualities.

There are no scenes of Washington chopping down a cherry tree and he is not portrayed as the skilled tactical leader many people wrongly think he was. The game instead points out that he struggled as a leader in the early part of the war which lead to a lot of early defeats and he was sometimes unpopular among his soldiers due to some of his strict orders.

Assassin’s Creed III: Liberation was developed by Ubisoft for Playstation 3, Xbox 360, Wii U and Microsoft Windows.

1775 Rebellion is one of the best-selling and best-reviewed Revolutionary War-themed board games. Players take the role of the soldiers of the American Continental Army and the patriots and fight against the British army and the Loyalists.


The point of the game is to control the most states and Canadian provinces at the game’s end. Each time you gain control of an entire colony, province or territory, you raise a flag. When the game ends with the signing of the Treaty of Paris, the team with the most flag markers wins.

The players can call on Native-Americans, German Hessian soldiers and French soldiers to help them. The players use their own deck of cards to move their units into position and battles are resolved with a roll of dice.

The game is designed for 2-4 players and takes about 60-120 minutes to complete. It is the second title in the Birth of America series which started with the game 1812: The Invasion of Canada.


Topics of the game include:

The game is designed for two or more players and comes with a three-numbered die, 30 cards and a set of instructions.

If you are interested in games that are more strategy based, check out the following article about the Best Revolutionary War Strategy Games. 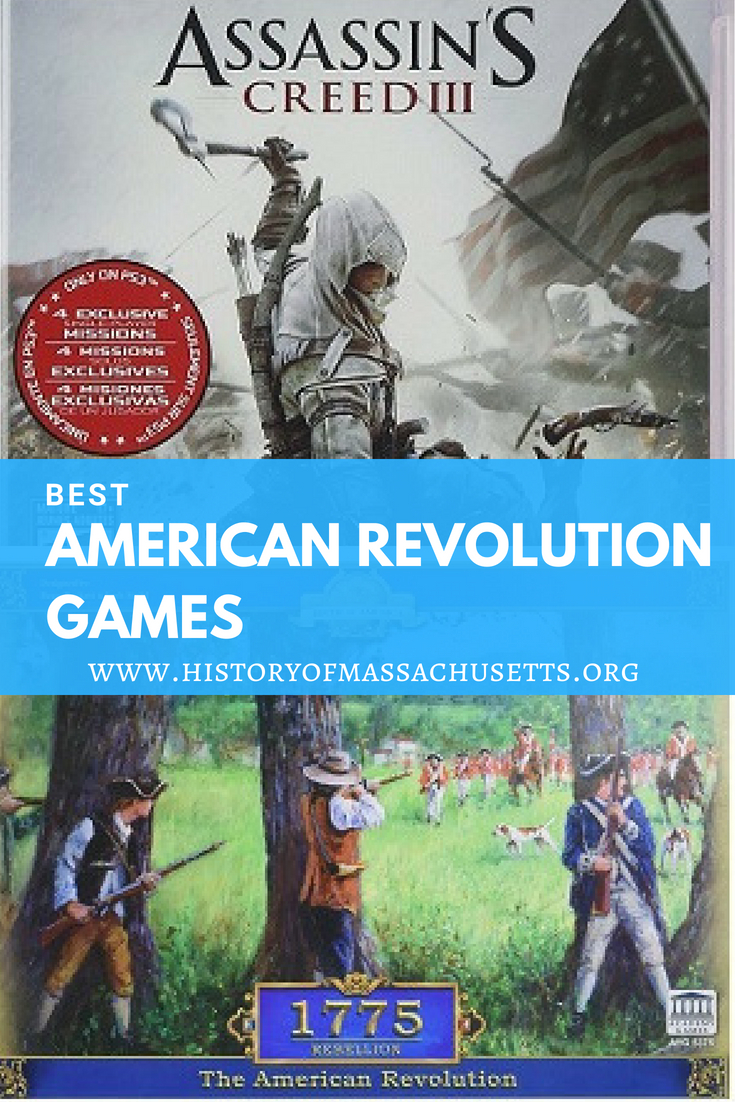