If you’re looking for a Deborah Sampson soldier costume for a class project, a reenactment or even for a Halloween costume you have a number of options.

Who Was Deborah Sampson?

Deborah Sampson was a woman from Plymouth, Massachusetts who disguised herself as a man and joined the army to fight in the Revolutionary War. She served for a couple of years before she was discovered and was given an honorable discharge. She later applied for and eventually, after a long process, won a military pension for her service.

What Did Deborah Sampson Wear?

Sampson was enlisted in Captain Webb’s company in the 4th Massachusetts Regiment, under the alias Robert Shurtliff, around the year 1781 or 1782. 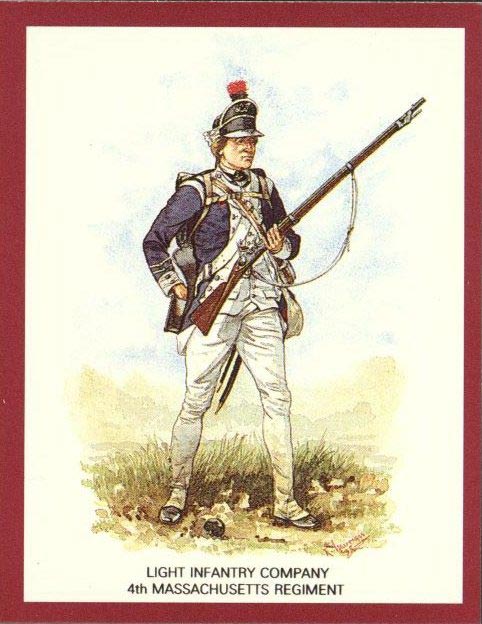 4th Massachusetts Regiment, Illustration by R. J. Marrion for the Uniforms of the American War of Independence, a series of 24 collector cards

Revolutionary War uniforms prior to 1779 varied greatly but starting in 1779, George Washington ordered that soldier’s uniforms consist of blue coats and white vests, with facings of variegating colors. Different colors for the linings and facings differentiated state regiments in the Continental army.

“The second day she drew a French fusee [a type of pocket watch], a knapsack, cartridge-box and thirty cartridges….Her garb was exchanged for a uniform peculiar to the infantry. It consisted of a blue coat lined with white, with white wings on the shoulders and cords on the arms and pockets; a white waistcoat, breeches or overhauls and stockings, with black straps about the knees; half boots, a black velvet stock, and a cap, with a variegated cockade on one side, a plume tipped with red on the other, and a white sash about the crown. Her martial apparatus, exclusive of those in marches, were a gun and bayonet, a cartridge box and hanger with white belts.”

Here is a newspaper photo of a Deborah Sampson reenactor dressed up in the 4th Massachusetts Regiment uniform: http://www.fortmorgantimes.com/ci_28644036/revolutionary-war-had-very-unconventional-soldier

To get a Deborah Sampson costume, there a couple of places you can go online to find one, particularly Amazon, Ebay and historical costume web sites. There doesn’t seem to be any actual replica 4th Massachusetts Regiment uniforms or costumes for sale online so you’ll either have to get it custom made or get a Revolutionary War soldier costume that is similar.

Amazon and the other sites I mentioned have Revolutionary War soldier costumes that closely match the 4th Massachusetts Regiment’s uniform, although they do have subtle differences.

The full costume that I found that is the most similar to the uniform Deborah Sampson wore is this Men’s Patriot costume on Amazon:


There is also a version of this costume for kids:


The costumes have a blue coat with an attached gold-colored vest with gold metal buttons, gold epaulettes and a blue sash. They come with brown pants, separate boot tops and a hat. The costumes are made out of 100% polyester.

The costumes aren’t a perfect match because the vest and facings aren’t white and they don’t have white wings on the shoulders or a white sash. The hat is also different than the actual hat Sampson wore. Other than that it they are pretty close and they will work well as a Halloween costume or dress up costume for a school presentation about Deborah Sampson.

A historical costume website called HeritageCostumes.com offers a similar costume, that they have actually labelled as a Deborah Sampson costume. It comes with a blue coat with gold-colored facings, vest and pants. Most of the costume is made from a polyester/cotton blend. The description doesn’t state whether it comes with the hat and boots seen in the photo.

I also found a , but it doesn’t come with all of the other pieces of the uniform. It is a double breasted blue coat made from 100% wool, with white facings and is fully lined with white linen. 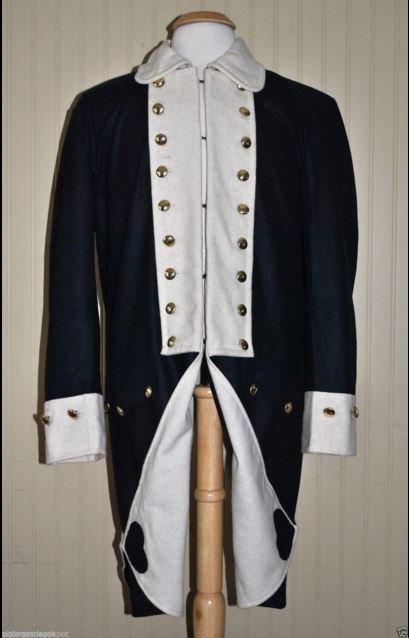 The seller has different sizes available so if this isn’t the right size for you, you can find other sizes in their store. The coat only comes in adult sizes.

The coat doesn’t match Deborah Sampson’s uniform coat exactly because it doesn’t have the white wings on the shoulders or the white cords on the arms but it is the closest match out of all the coats I found.

It also doesn’t come with any of the other pieces for the uniform, such as the vest, breeches or hat, but you can also buy those separately on Ebay.

The same Ebay seller who sells this coat also sells theSampson described in her memoir and has replica Revolutionary War-era shirts, boots, vest and other items for sale.

None of these costumes come with a fake gun or bayonet. This is probably for the best because it isn’t a good idea to carry around a fake weapon in public, even if it is an important part of the costume, because it could be mistaken for a real gun or weapon.

Hopefully, with the sources in this article you’ll be able to find the perfect Deborah Sampson costume for your class project, Halloween party or Deborah Sampson Day celebration. 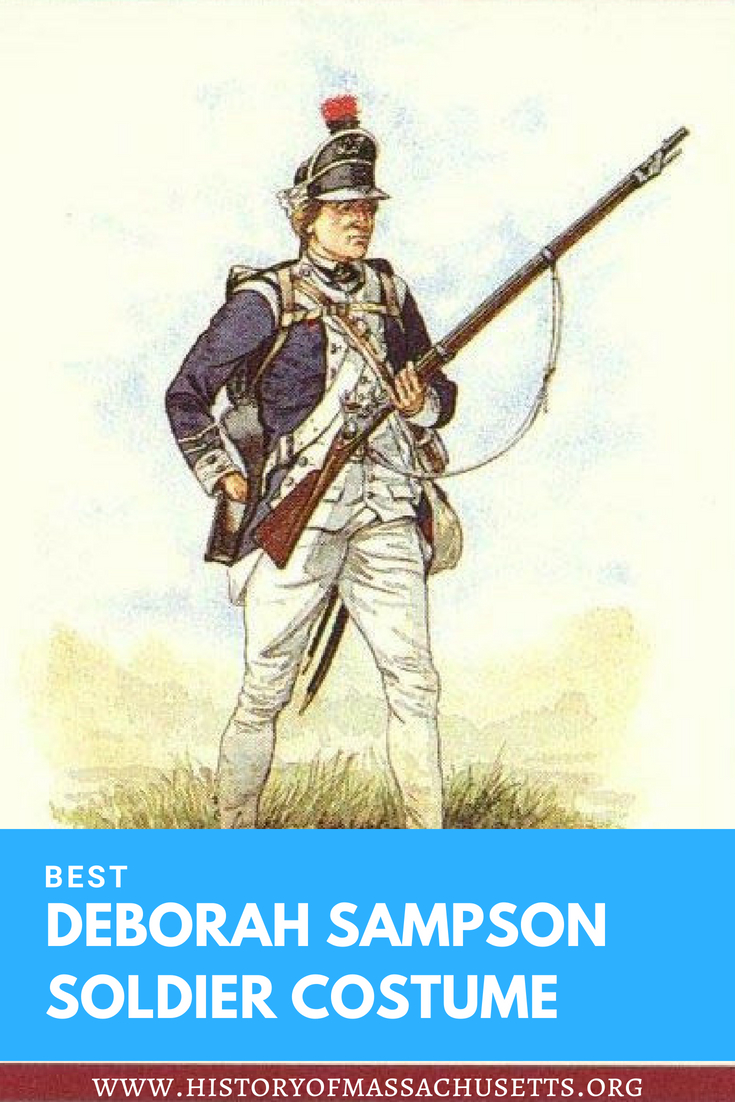