Starting around 1912, the famed Serbian inventor Nikola Tesla began to suffer serious financial problems which he never fully recovered from.

As a result, many of his projects, such as the Wardencylffe Tower, came to a halt and Tesla fell into a state of severe depression.

According to the book, Secrets of the Cold War at some point during Tesla’s financial struggles, his friend and colleague, John Hays Hammond Jr., offered to let Tesla stay at Hammond Castle in Gloucester, although the book doesn’t indicate when:

“Dr. John Hammond requested Tesla to be the permanent guest on his family estate. There, amid the family life of Hammond Castle, Tesla shared his dreams and technology. Together, he and Dr. Hammond developed the science of robots and remote guidance. Tesla, impoverished by the inhuman treatment wrought on him by the financial establishment, was nonetheless quite alive and valuable to those having singular ambition to dominate the world radio trade. For a very long time, Nikola Tesla was considered ‘out of circulation.'” 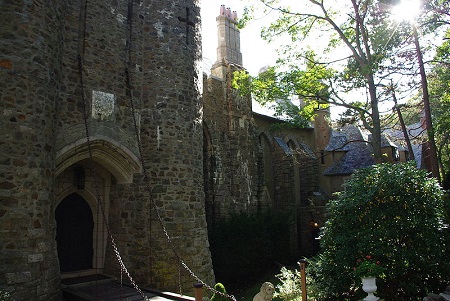 It is known that Tesla worked with Hammond on various projects together before World War I.

According to another book about Tesla “Wizard: The Life and Times of Nikola Tesla,” Hammond’s colleague Dr. Andrija Puharich stated in 1984 that many of Tesla and Hammond’s documents and papers from their various projects were taken from the castle after Hammond’s death in 1965 and classified as top secret.

The two inventors even tossed around the idea of starting a company together called Tesla-Hammond Wireless Development Company. Hammond first proposed the company in a letter to Tesla, dated February 16, 1911:

“Dear Mr. Tesla,
Let us create an unpretentious company and call it the Tesla-Hammond Wireless Development Company. In thinking of this name, I have followed Emersonian advice, and as you see, have attached my chariot to a star…
The purpose of this company would be to perfect an automatic selective system, to perfect the [submersible] torpedo, and eventually to carry out your magnificent projects that will wirelessly electrify the world.
I am most sincerely yours, John Hays Hammond Jr.”

Tesla responded favorably to the request, writing back to Hammond: “The Tesla-Hammond combination looks good to me, but we should go at it with some circumspection…” as Tesla already had a number of wireless projects with other friends in the works. Unfortunately, the company never came to fruition.

Despite their work together and budding friendship, the book “Wizard: The Life and Times of Nikola Tesla” casts doubt on the possibility of Tesla even visiting the castle, though it does suggest he visited the Hammond family in Gloucester around 1909 (possibly at John Hays Hammond Sr.’s villa on Western Ave), and states the two inventors had a falling out long before Hammond even built the castle in 1926.

According to the book, Tesla often bitterly complained that Hammond was stealing his own ideas and inventions, such as when Hammond sold a series of wireless patents to the U.S. government in 1924 for $500,000:

“All this took place a full decade after his breakup with his Serbian mentor, who ‘now [had] the pleasure of simply looking on when others are using my inventions.’
‘I wish him luck,’ Tesla said, ‘But still, I ought to have something for it.’ Tesla pointed out that Hammond sought his patents just a few months after Tesla’s ran out.”

Although it appears there’s no truth to the story about Tesla visiting or living at the castle, many other famous and wealthy people visited, such as the Rockefellers, the Astors and the Vanderbuilts as well as many politicians and government officials.

Hammond Castle Museum is located at 80 Hesperus Ave, Gloucester, Ma. The museum is open on Saturdays and Sundays from 10am to 4pm from spring (date varies) until late September. Admission is $10 for adults, $9 for seniors and $8 for children ages six to 12. The museum also holds a haunted house tour in October (date varies). 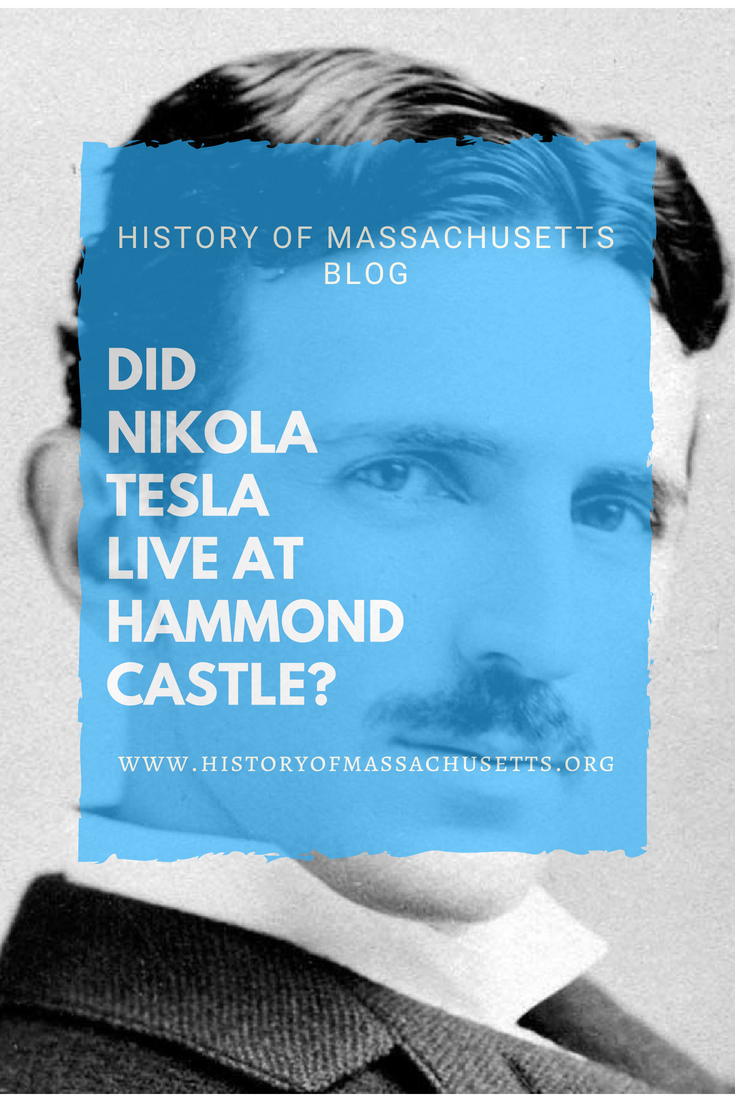 2 thoughts on “Did Nikola Tesla Live at Hammond Castle?”