An online auction house recently sold the military archive of my ancestor Henry Burbeck (of my grandmother Beatrice Burbeck’s family) for the price of $95,000.

The archive spans the years 1763 to 1839 and consist of hand-drawn maps, military documents, letters, notebooks and military reports.

Henry Burbeck was the son of William Burbeck, a Lieutenant Colonel in the Revolutionary War, and the brother of Captain Edward Burbeck, who was a suspected member of the Boston Tea Party.

Henry Burbeck served as an artillery officer for more than 40 years, first in the Revolutionary War and later in  the Northwest Indian War and the War of 1812. 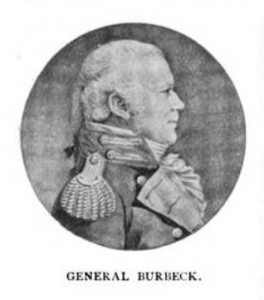 Burbeck officially enlisted in the military in May of 1775 after he escaped during the Siege of Boston and followed his father to Cambridge. He fought at the Battle of Bunker Hill, Brandywine, Germantown, Monmouth and was present during the long winter at Valley Forge with George Washington.

Realizing the military’s need for properly trained soldiers, Burbeck later helped found West Point Academy. Burbeck eventually rose to the rank of Brigadier General before retiring from the army after the War of 1812 ended in 1815.

Most of the documents in the archives date between 1800 and 1812. Included in the archives are not only letters from three secretaries of war, army officers, U.S. Representatives and various military personnel but also Burbeck’s own personal letters.

In one letter, Burbeck describes his father’s decision to turn down the job of commander of the Massachusetts Regiment of Artillery during the Revolutionary War.

“The Regt. of Artillery raised in 1775 under the command of Col Gredley who declined being too old of which my father was Lt. Col expired on the 31 Decbr. A New Regt. was to be raised which was offered to Him. He declined and recommended Henry Knox to be the Colonel. Genl Knox felt very delicate on the on the subject but my Father insisted. He knew Knox some years before this – When the Troops marched from Cambridge my Father resigned being 60 years of age. I knew Genl. Knox when he opened a Book Store and stationary the largest in N. England. It was a great resort for the British Officers and Tory Ladies.”

The archive also includes personal documents such as his marriage certificate to his first wife Abigail Webb in 1790 as well as an 1853 document discussing his second wife, Lucy Rudd’s, widow pension. After Burbeck died in 1848, Lucy Rudd was the last widow in the United States to receive a Revolutionary War pension.

According to a 1993 article in the News-Sentinel, some of Burbeck’s personal papers were donated to West Point Academy in 1986 after an amateur historian rescued them from the trash can of one of Burbeck’s descendents.

It is not clear if the papers in this military archive are the same papers discovered in 1986. 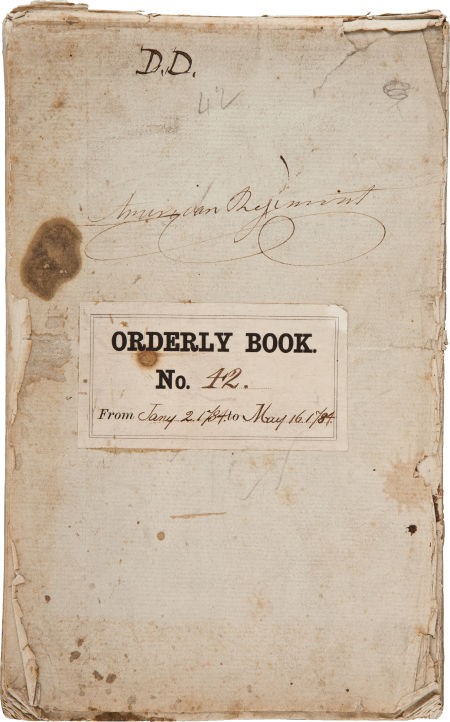