If you’re planning a trip to the Salem Witch Museum you can save some money on tickets with coupons and discount tickets.

Tickets to the Salem Witch Museum are pretty reasonably priced but if you’re going with a group or large family though, it can quickly add up. Why not save yourself some cash by taking advantage of some of the many discounts available?

Note: If you are visiting in October, the museum is very busy that month and the tours often sell out so the following coupons, passes, discount tickets and etc. can not guarantee admission.

The following is a list of ways to save money on Salem Witch Museum tickets with coupons and discounts:

The Go Boston Pass gives you admission to the Salem Witch Trials Museum and other attractions for a flat price. There are three different passes available on the Go Boston Pass: The All-inclusive Pass, the Explorer Pass, and the Build Your Own pass.

All-Inclusive Pass gives you admission to the Salem Witch Museum as well as to over 41 other attractions in Boston, Salem, Concord, Lexington, Cape Cod, Plymouth and etc. for one flat price. 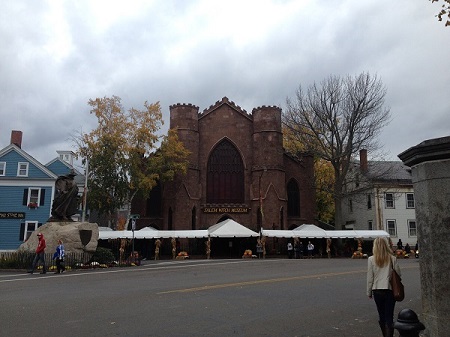 This pass is mostly useful if you are planning on visiting more than five attractions in one day or if you get the two or three day pass and visit several attractions over several days.

Only three attractions in Salem are available with the All-Inclusive Pass and they include the Peabody Essex Museum, the House of Seven Gables and the Salem Witch Museum.

Teachers who are members of the American Federation of Teachers are eligible for free admission to the Salem Witch Museum if they show their membership card at the door.

Not only does the membership card give members free admission there, members can also get free or discounted tickets to a handful of other educational attractions in Massachusetts.

The museum’s website doesn’t say what type of proof is required, if any, but a simple driver’s license or identification with an address on it will probably do just fine.

If you have a library card at the following libraries you can sign out discounted passes to the Salem Witch Museum there. The amount of the discount varies by library as does the availability. Check with the library ahead of time for available dates.

In addition to all these savings, when you buy a ticket for the Salem Witch Museum you also get a flyer that gives you discounts at almost 20 other attractions, restaurants and etc. in and around Salem, including the Salem Witch House. 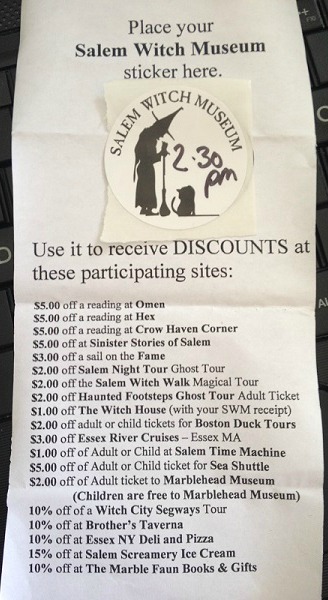 If you buy a ticket online or get a museum pass at a library, to get this discount flyer all you have to do is go to the front counter at the museum to check in (which you have to do anyway to get your admission sticker) and there they will give you the discount flyer and your timed admission sticker. You can than use this flyer at the listed locations to take advantage of the discounts. 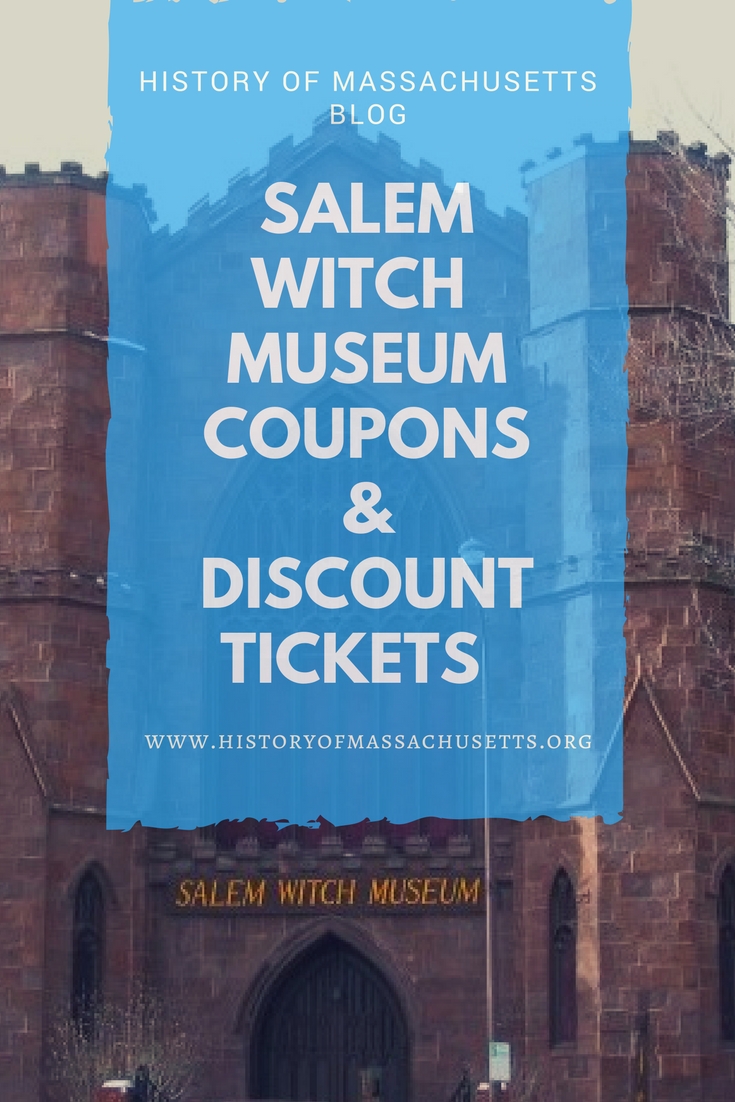