A Boston bus tour is a great way to explore the city’s vast history. These types of tours can cover more ground and explore more sights than other types of Boston history tours like walking tours or trolley tours.

When you take a bus tour, you can see all of the historic sites in Boston as well as sites in neighboring towns like Concord, Lexington, Salem and even Cape Cod.

There are a number of different options for bus tours. Some bus tours are day tours that span between 5 to 13 hours while others are multi-day tours. Whatever type of bus tour you’re looking for, there is a tour that will suit your needs.

In addition, if you are visiting or live in nearby New York City, you can also take one of the many Boston tours from New York. 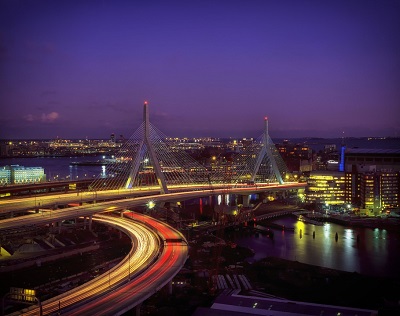 The following is a list of Boston bus tours:

(Disclaimer: Purchases made through the links in this article help support the History of Massachusetts Blog.)

Boston in One Day Sightseeing Tour:

Viator offers a One Day Boston Sightseeing Tour. This a seven-hour narrated tour of Boston, Cambridge, Lexington and Concord on a full-sized motorcoach.

The tour begins at Park Plaza or with hotel pickup downtown. The morning part of the tour focuses on Cambridge, Lexington and Concord before returning to Boston to have lunch and do some shopping at Faneuil Hall and Quincy Market.

The tour then continues with sightseeing in Boston in Beacon Hill, the Seaport District and the West End.

The tour includes stops at 20 sites:

The tour begins in the morning with a pickup either at your Boston hotel or at Park Plaza. It then continues to Cambridge where you’ll see the Massachusetts Institute of Technology campus and make a brief stop at Harvard Yard.

Then you’ll cross the Charles River and continue on to Boston with a stop at Fenway Park. The tour continues to Copley Square in the Back Bay to view the beautiful architecture and lovely 19th century brownstone buildings.

The tour then heads to the North End where you’ll enjoy a complimentary cup of New England clam chowder before getting back onto the bus and continuing on to the Charlestown Navy Yard to take a look at the historic USS Constitution.

At the end of the tour, you’ll be dropped off at either Faneuil Hall or Park Plaza.

GoldenBusTours offers a 1-Day Harvard University, Trinity Church, MIT and Boston City Sightseeing Tour. This is a day-long tour of Cambridge and Boston on a motorcoach.

The tour begins in the morning with a pick up in Quincy and Boston. It then continues to Cambridge where you’ll enjoy an in-depth, one-hour tour of Harvard University and a visit to the Massachusetts Institute of Technology.

Then, the tour continues on to Boston where you’ll see the Massachusetts State House, Trinity Church and the Edward M. Kennedy Institute.

The tour then takes to the water with a Boston Harbor cruise.

The tour concludes with a visit to Quincy Marketplace before returning passengers to their pickups in the late afternoon.

Pin it for later: