If you are planning a trip to historic Boston you may be interested in taking one of the many Boston history tours available there. There are many tours to choose from but you only have so much time and money to spend.

Boston is a historic city with nearly four centuries of history to explore. With so many Boston historic sites to see, it’s hard to know where to start, what to see or even how to get there.

Fortunately, taking a history tour solves this problem for you because the tours takes you directly to all the important must-see sites.

The tour guides can also answer any questions you may have and give you more detailed, insider information that the travel books don’t have. The tours are affordable and fun and are one of the best ways to explore Boston.

To help you decide which tour is best for you, I’ve compiled a list of what are considered the best Boston history tours. These tours get great reviews from tourists on sites like Tripadvisor and Yelp and are the best-selling tours available.

If these aren’t the type of tours you’re looking for, there are also a number of Boston bus tours available. 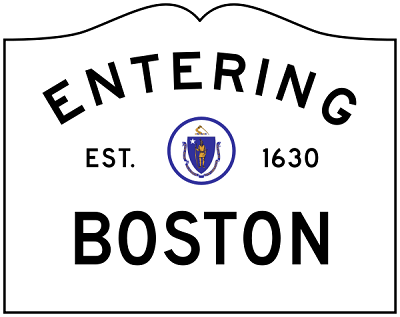 The following is a list of the best Boston history tours:

The Walk Into History tour is a 90 minute tour that stops at 11 of the 16 Freedom Trail sites:

The tour starts at Boston Common and ends at Faneuil Hall.

The Reverse Walk Into History tour is the same time except that it begins and ends in reverse locations, starting at Faneuil Hall and ending at Boston Common.

The North End Tour is a 90 minute tour that stops at three of the 16 Freedom Trail sites and various spots in the North End neighborhood, which includes the Paul Revere House, Old North Church, and Copp’s Hill Burying Ground. The tour starts at Faneuil Hall and ends at the North End along the waterfront.

Private, group, and school tours are available at a preferred date, time, and departure location. Reservations are required. Contact the Freedom Trail Foundation to book a school, private, corporate, or group tour by calling 617.357.8300

Boston Duck Tours offers a guided 80-minute tour aboard a WWII-style amphibious landing vehicle. The tour includes historic sites but isn’t solely a history tour and focuses on sites that made Boston famous. The company offers two tours, one which departs from the Prudential Center and one that departs from the New England Aquarium.

The tour that departs from the Prudential Center includes 36 notable Boston sites:

The tour that departs from the New England Aquarium includes 32 notable sites:

At the end of the tour, the duck boat launches into the Charles River for a view of the Boston and Cambridge skylines. Tours are seasonal. Tickets may be purchased online or in person. Telephone reservations are available for groups of 20 or more.

You can save money on this tour with Boston Duck Tours Coupons & Discount Tickets.

The tours are a name-your-own-price model which means the company doesn’t charge for its tours and instead asks that you pay what you think the tour was worth. This is to ensure that the tour guide gives you the best tour possible.

The tour starts at the Boston Common and ends at Faneuil Hall. Reservations are required and can be booked online.

The North End Little Italy Tour is a two-hour, one-mile long tour that explores the diverse history of Boston’s North End. The tour includes stops at some of the North End’s most famous and historic landmarks including:

The tour starts at Faneuil Hall. Reservations are required and can be booked online.

The Cambridge and Harvard Tour is a two-hour, one-mile long tour that explores the history of Cambridge, Massachusetts that spans nearly four centuries. Sites included in the tour are:

Reservations are required and can be booked online.

The Kennedy and Boston Irish Tour is a two-hour, one-mile long tour that explores the history of Irish immigrants in Boston from the time of their arrival in Boston in the 19th century to the rise of Irish-American politicians, such as the Kennedy family, in the 20th century.

The tour includes stops at historical sites that are significant to Boston’s Irish history including:

The Beacon Hill Crime Tour explores the dark and violent history of the Beacon Hill neighborhood which was the location of various murders committed by the notorious serial killer, the Boston Strangler and a famous murder committed by Professor John Webster.

The tour includes stops at notable sites including:

The Boston Strong: Fire, Flood and Famine tour is a two-hour, one-mile long tour about the various tragedies and disasters that have occurred in Boston over the centuries and the cause, effects and aftermath of these events.

The tour includes stops at various sites where these events occurred, including:

The tour starts in front of the Boston Public Library and ends at the Boston Irish Famine Statue.

The standard history tours include the Back Bay tour, the Beacon Hill tour, Boston by Little Feet tour, Heart of the Freedom Trail tour, Reinventing Boston: A City Engineered tour, Road to Revolution tour, the Dark Side of Boston, the Hub of Literary America, the North End: Gateway to Boston.

The Back Bay tour is a 90-minute tour that discusses how the area was once an actual bay that was later filled in and explains how the neighborhood developed in the 19th century to become the center of art and architecture in Boston. The tour stops at locations such as Trinity Church, the Boston Public Library, Old South Church, and various Back Bay townhouses.

The Beacon Hill tour is a 90-minute tour that discusses the history and development of the area from its beginnings as a rural hill to its development as one of the most wealthy neighborhoods that became home to some of Boston’s most prominent citizens.

The Boston By Little Feet tour is a 30 minute walking tour specifically for children between six and 12 years of age. The tour explores sites that played a key role in Boston’s history and also visits some of the oldest landmarks in the city. The tour includes ten sites in downtown Boston.

The tour includes stops along 10 historic sites on the Freedom Trail such as the Old State House, Faneuil Hall, King’s Chapel, Old South Meetinghouse, and the site of the first public school in America.

The Reinventing Boston tour is a 90-minute tour that explores that various public works projects that have transformed Boston over the centuries. The tour discusses topics such as Boston’s maritime wharves, the history of the Boston subway and the Big Dig.

The Road to Revolution is a two-hour tour and is the company’s most comprehensive Freedom Trail tour. The tour explores famous landmarks such as King’s Chapel, the Old South Meetinghouse, the Old State House, the site of the Boston Massacre, the Paul Revere House and etc.

The Dark Side of Boston

The Dark Side of Boston tour is a 90-minute tour that explores the city’s more notorious history such as murders, disease epidemics, riots, robberies, disasters and etc. The tour takes place in the North End neighborhood.

The Hub of Literary America

The Hub of Literary America is a 90-minute tour that explores the history of Boston’s literary scene. The tour highlights the homes and hangouts of many prominent 19th century writers such as Ralph Waldo Emerson, Nathaniel Hawthorne, Henry David Thoreau, Louisa May Alcott, Henry James, Charles Dickens and Henry Wadsworth Longfellow.

The North End: Gateway to Boston

The North End tour is a 90-minute tour that explores the history behind one of Boston’s oldest neighborhoods. The tour discusses the many phases of the North End’s history such as its early Colonial days, the American Revolution, 19th century wave of immigrants to its modern day appearance.

In addition to these standard tours, the company also offers special topic tours such as:

Boston Segway Tours offers two different tours, a one-hour tour and a two-hour tour, which are conducted on segways.

The one-hour tour starts at State Street and then makes its way to the center of the city, passing through the financial district, then continues on to the harbor before returning to State Street.

The two-hour tour starts at State Street, stopping at the Freedom Trail sites along the way including Faneuil Hall, the Old State House, Boston Common, the Public Garden, Granary Burying Ground, the New State House, King’s Chapel and Park Street Church, before continuing on to the financial district and then to the harbor.

The tour then continues on to Cambridge, exploring the neighborhoods of Beacon Hill, Bay Bay, Chinatown before returning back to State Street via the Rose F. Kennedy Greenway.

Since the segways can’t be operated on sidewalks or through places like Faneuil Hall, the tour company doesn’t offer a full Freedom Trail tour but both of the available tours do stop at various locations along the Freedom Trail that are accessible to segways.

Riders must be at least 14 years old to ride a segway and must weigh between 99 and 300 pounds. Electronic devices are not allowed during the tour for safety reasons so the tour company offers complimentary photos of you and your group on the tour.

Old Town Trolley Tours offers a hop on and hop off tour where riders can leave the trolley and explore the sites at any time. The tour is a narrated, 1 hour and 50 minute tour that stops at 19 locations:

You can save money on this tour with Boston Old Town Trolley Coupons & Discount Tickets.

CityView Trolley Tours offers a hop on and hop off tour where riders can leave the trolley and explore the sites at any time. The tour is 45 minutes long and stops at nine locations:

City View Trolley Tours offers tours year round, but hours of operation are limited during the winter. Tickets can be purchased online or over the phone.

You can save money on this tour with Cityview Trolley Coupons & Discount tickets.

Walking Boston is a private walking tour of historic Boston by tour guide Ben Edwards. Edwards is a Boston historian with a family history that reaches back to 17th century Boston.

In fact, Edwards is related to Paul Revere through the marriage of his ancestor, Sally Edwards, to Revere’s eldest son, Paul Revere, Jr, and his tour even has a letter of recommendation from the Paul Revere House.

The 5.5 hour tour includes all of the above but also includes a tour of the Paul Revere house and a lunch break at the historic Union Oyster House.

Boston Walking Tours are a more in-depth type of tour for people who are interested in learning more and spending more time exploring the history of Boston.

Due to the length of the tours and the amount of information each tour provides, the tours are a little pricier than the average history tour but is well worth it if you are looking for something better than a simple hour-long tour.

Tours run from March until December. Reservations are required and can be made online or over the phone at 617-670-1888.

Lessons on Liberty Walking Tour offers a 90-minute walking tour of Boston’ Freedom Trail. The tours are led by historians and teachers, not actors, dressed in 18th century clothing.

The tours discuss not only the events of the American Revolution but the events that led to the revolution as well. The tours include stops at number of historic sites including:

Tours run from April to October and tours can be booked online. 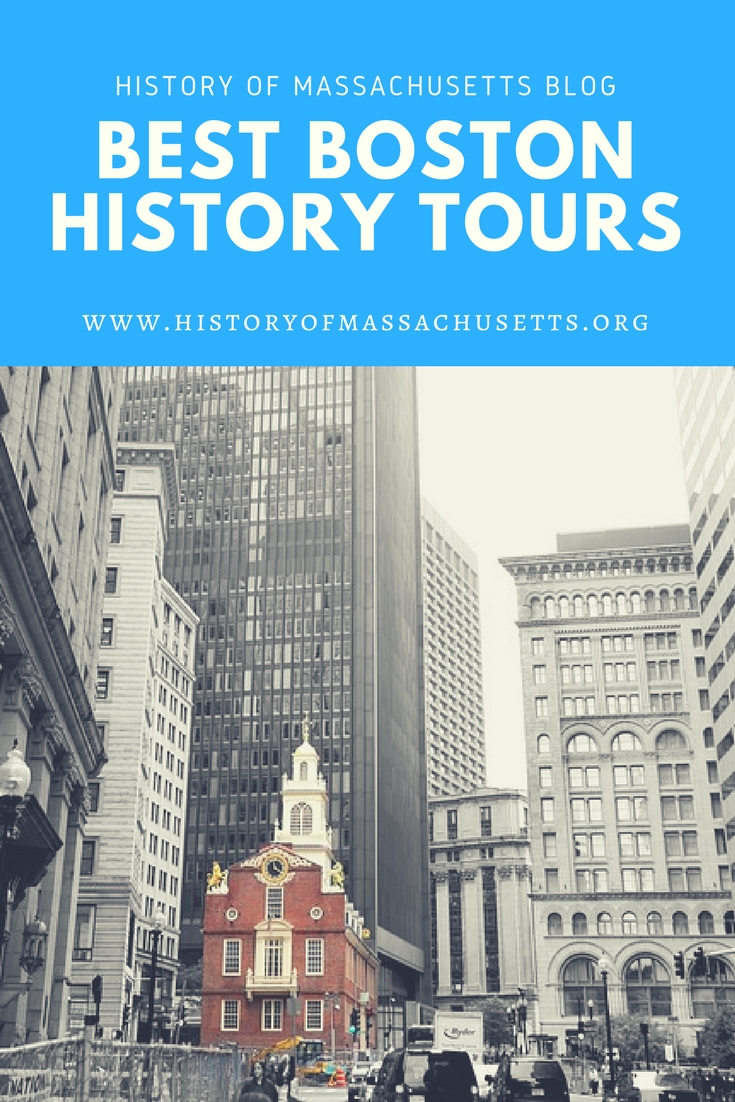