Captain John Smith was an English explorer known for his role in establishing the first English settlement, Jamestown, in North America.

In 1614, a few years after he was forced to leave Jamestown due to his unpopularity with the other colonists, Smith set his sights on an area he called “Northern Virginia” and embarked on his one and only trip to New England.

Smith explored the coastline with a plan to catch whales and search for gold on behalf of the Plymouth Company, but also used his time scouting out potential locations for a future colony.

Smith recorded his observations of the region, including early Massachusetts, in a text later published under the title A Description of New England:

“The part we call New England is betwixt the degrees of 41 and 45; but that part this discourse speaks of, stretches but from Penobscot to Cape Cod, some 75 leagues by a right line distant each from other: within which bounds I have seen at least 40 several habitations [Native-American settlements] upon the sea coast, and found about 25 excellent good harbours; in many which whereof there is anchorage for 500 sail of ships of any burden; in some of them for 5000; And more than 200 iles overgrown with good timber, of diverse forts of wood, which do make so many harbours as requires a longer time then I had, to be well discovered. The principal habitation Northward we were at, was Pennobscot…

The next I can remember by name are Mattahunts; two pleasants iles of groves, gardens and corn fields a league in the sea from Maine. Then Totant, Massachuset, Pocapawmet, Quonahassit, Sagoquas, Nahapassumkeck, Topeent, Seccasaw, Totheet, Nasnocomacak, Accomack, Chawum; Then Cape Cod by which Pawmet and the ile Nawset of the language, and alliance of them of Chawum: The others are called Massachusets; of another language, humor and condition: For their trade and marchandize; to each of their habitations they have diverse towns and people belonging; and by their relations and descriptions, more than 20 several habitations and rivers that stretch themselves far up into the country, even to the borders of diverse great lakes, where they kill and take most of their beavers and otters…

Betwixt Sagadahock and Sowocatuck there is but two or three sandy bays, but betwixt that and Cape Cod very many; especially the coast of the Massachusets is so indifferently mixed with high clay or sandy cliffs in one place, and then tracts of large long ledges of diverse forts, and quarries of stones in other places so strangely divided with trinctured veins of diverse colors: as, free stone for building, slate for tiling, smooth stone to make furnaces and forges for glass or iron, and iron ore sufficient, conveniently to melt in them; but the most part so resembles the coast of Devonshire…

And surely by reason of those sandy cliffs and cliffs of rocks, both which we saw so planted with gardens and corn fields, and so well inhabited with a goodly, strong and well-proportioned people, besides the greatness of the timber growing on them, the greatness of the fish and moderate temper of the air (for of twenty-five, not any was sick, but two that were many years diseased before they went notwithstanding our bad lodging and accidental diet) who can but approve this a most excellent place, both for health and fertility? And of all of the four parts of the world that I have yet seen not inhabited, could I have but means to transport a colony, I would rather live here than anywhere: and if it did not maintain itself, were we but once indifferently well fitted, let us starve.” 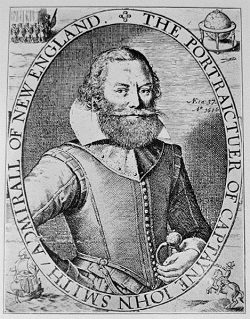 Not only did Smith and his crew gather goods, supplies and information during their trip, one of Smith’s lieutenants, Captain Thomas Hunt, also managed to capture a number of Native-Americans, without Smith’s knowledge or approval, and took them back to Europe to sell as slaves.

One of these Native-Americans turned out to be Squanto, who was freed a few years later and returned to New England to find his village had been completely wiped out by disease while he was gone. Squanto was taken prisoner by the Wampanoag at Nemasket and was on hand to famously meet the Mayflower pilgrims when they landed in nearby Plymouth.

Back in England, Smith attempted to return to New England to set up a permanent colony in March of 1615, but was deterred when a storm dismasted and heavily damaged his two ships.

Smith made another attempt later that year but was captured by French pirates off the coast of Azores. After a few months of captivity, he made his escape by sneaking off in a small boat during a storm and washed up, half-dead, in a marsh some 12 hours later.

Smith then returned to England where he published his account of his New England trip, under the title “A Description of New England,” alongside a map of New England which featured the first ever image of John Smith in the corner. Most modern day images of Smith are based on this very portrait of him.

With the success of his manuscript, Smith attempted to raise funds again to return to New England and establish his colony but couldn’t persuade any of his former investors to back him.

New England was colonized a few years later by the Mayflower pilgrims in 1620 and by a crew funded by Sir Ferdinando Gorges, one of Smith’s friends and former investors, in 1622. Smith not only never returned to New England or Virginia but never left England again and died on June 21, 1631 in London.

Smith himself was responsible for giving many of the New England states, towns and rivers the names they have today when he published them in “A Description of New England.” Most of the names he gave were inspired by the Native-Americans living in the area at the time.

Prince Charles, though, later changed many of the strange or more primitive names to traditional English ones. For instance, Cape Anne was originally named Cape Tragabigzanda, after Smith’s friend, a Turkish princess named Charatza Tragabigzanda, but Charles renamed it after his mother Queen Anne.

The prince also changed the Massachusetts river to the Charles river, after himself, and changed the name of the Native-American settlement of Accomack to Plymouth. Of the 29 names the prince changed, only those three remain today.

For more information on Smith, check out this timeline of Captain John Smith’s life. 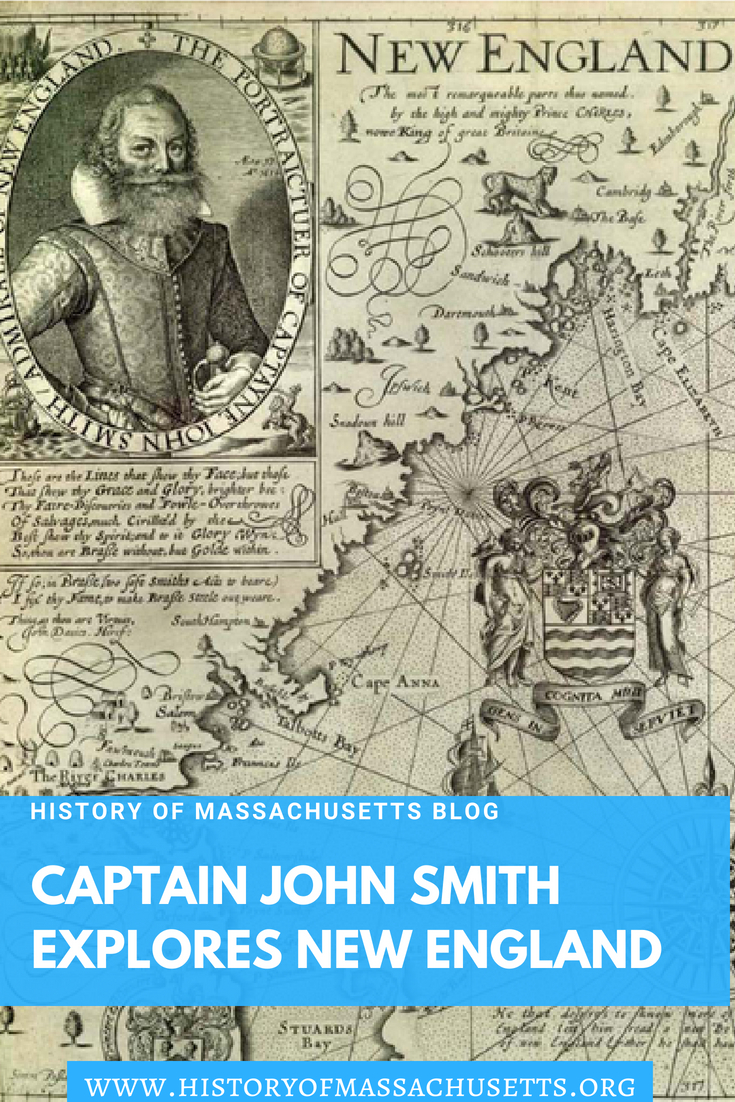