Faneuil Hall is not just a famous landmark of the American Revolution, it has also been the site of a number of high-profile funerals and wakes, including the funeral of its founder Peter Faneuil.

When Peter Faneuil died of dropsy just six months after Faneuil Hall was completed in 1742, city officials decided to honor him by naming the building after him and allowing his body to lie in state there before the burial.

Faneuil’s body was layed out for viewing on the second floor of the building, where many fiery speeches of the American Revolution would later take place.

A public funeral was held for him at the hall during which John Lowell delivered the eulogy and city officials of Boston ordered “that the bell on the said house [Faneuil Hall] be tolled from one o’clock until the funeral is over.” 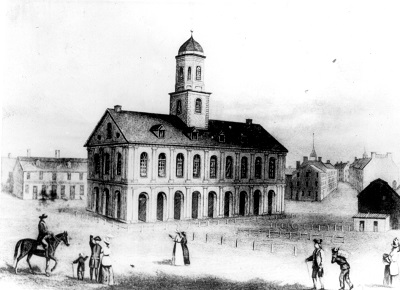 According to the book, Boston Sites and Insights, Peter Faneuil was the first but not the last person to lie in state at the building.

The bodies of the Boston Massacre victims Crispus Attucks and James Caldwell, who had no family in Boston and no place to hold their wakes, also lay in state for three days at the great hall in 1770, while the other victims Samuel Gray, Patrick Carr and Samuel Maverick lay in their homes elsewhere in the city.

Caldwell and Attucks’ bodies were then carried from Faneuil Hall to the Granary Burying Ground and buried with the other victims.

Famed politician Anson Burlingame, the U.S. diplomat and abolitionist who died suddenly while on a trip to Russia in February of 1870, also lay in state at the hall.

A graduate of Harvard, former member of the Massachusetts Constitutional Convention and state senator, Burlingame had held many speeches, events and political rallies at Faneuil Hall during his career and was considered a local hero.

After his body lay in state at the hall, Burlingame was buried at Mount Auburn Cemetery in Cambridge on April 23.

In 1883, the body of abolitionist and famed orator Wendell Phillips lay in state at Faneuil Hall, where the New York Times reported it was viewed by thousands of people.

Phillips was a beloved citizen of Boston and held his famous Freedom Speech at the great hall in 1837. Phillip’s funeral services were held in the late afternoon of February 6th at the Hollis-Street Church, after which Phillips body was escorted to Faneuil Hall where it lay in state until four o’clock and was then buried at Granary Burying Ground. 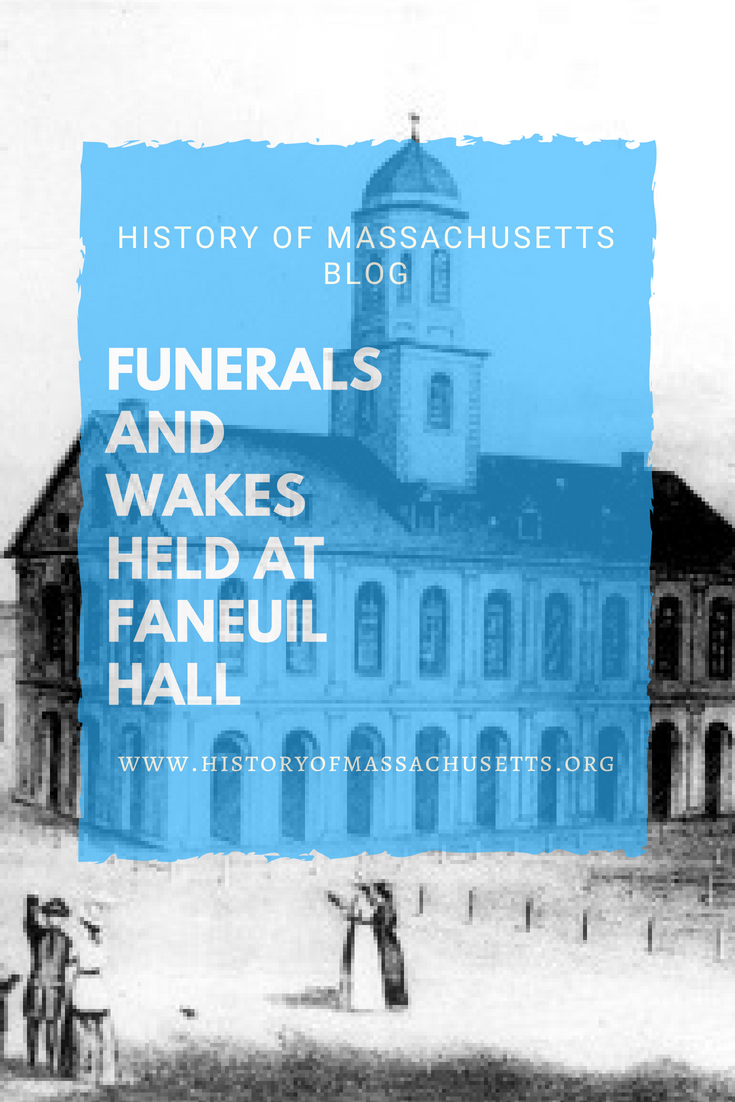