The Industrial Revolution completely transformed the United States until it eventually grew into the largest economy in the world and became the most powerful global superpower.

The industrial revolution occurred in a number of places across the world including England, North America, Continental Europe, Eastern Europe and Asia.

The following is an overview of the American Industrial Revolution:

When Was the Industrial Revolution in America?

Where Did the Industrial Revolution Take Place in America?

The American industrial revolution began in New England. Several large-scale textiles mills were established in the region during the late 18th and early 19th century which quickly led to widespread industrialization in the region:

What Were the Causes of the Industrial Revolution in America?

The causes of the first industrial revolution in America were:

The Embargo Act of 1807 prohibited American merchant ships from leaving for foreign ports and prohibited foreign vessels from carrying American goods out of American ports.

The act had no effect on the British or French economy but completely devastated the American economy. But the lack of access to foreign goods forced the Americans to begin producing more of their own goods.

The War of 1812 led to a British blockade of the United States eastern coastline, which brought shipping and fishing to a halt. Cut off from the sea, Americans began focuses more heavily on manufacturing in order to make money and create the goods they couldn’t get through trade.

The causes of the second industrial revolution in America were:

Railroad networks in the U.S. promoted the growth of industries like coal and steel and sped up the transportation of goods to market thus encouraging mass production, mass consumption and economic specialization.

Railroad work also attracted a large number of immigrant workers to the United States which provide an abundant labor supply for growing businesses.

The immigrants who migrated to America were young, hard workers who were not afraid of risk and arrived determined to make something of themselves, according to Charles R. Morris in his book The Dawn of Innovation:

“Finally, the contribution of immigration to American population growth was generally strong in this era, and immigrants punched above their weight. They were disproportionately young adults with few dependents – adventurous risk takers who had come to work.”

The lack of government regulation allowed businesses to flourish and grow at a rapid pace. Business owners had full control of their companies without government interference. Although this was good for business, it created widespread environmental problems and poor working conditions.

In the second half of the 19th century, new inventions brought about even more industrialization.

For example, the invention of electricity and the light bulb allowed factories to stay open longer which vastly increased production volumes. 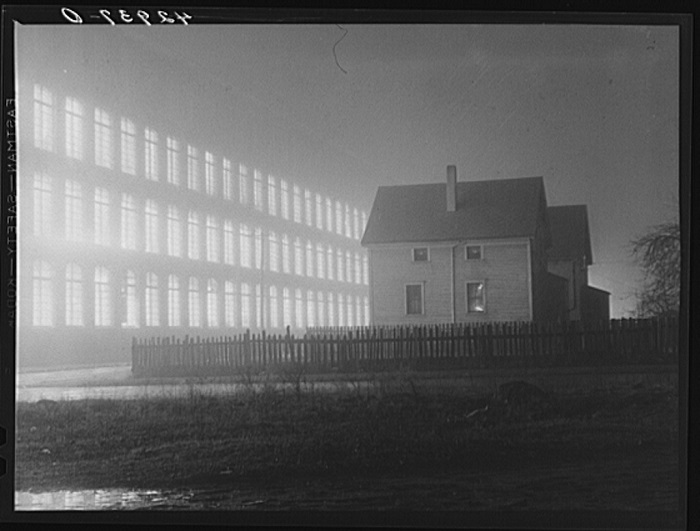 In addition, Henry Ford’s assembly line and the rise of mass production after the turn of the 20th century also spurred industrialization.

As a result, the total manufacturing output of the United States was 28 times higher in 1929 than it was in 1859.

What Happened During the American Industrial Revolution?

As Charles R. Morris states in his book The Dawn of Innovation: “The story of American development can be charted as an evolution from local to regional and finally to national networks.”

In the early 1800s, the Northeast started to develop strong regional economies.

By the 1820s, rural New England and the Middle Atlantic became heavily industrialized with clocks, textiles, shoes and cast-iron stoves becoming the predominant industries there.

As factories produced more goods, transporting these goods became important. In the 1820s and 30s, manufacturers began trying to find new ways to reach consumers in the West since transportation to this region at the time was virtually nonexistent.

To help reach these Western consumers, the Erie Canal, which cut across the state of New York and created a water route from the Atlantic Ocean to the Great Lakes, was completed in 1825. Shipping goods through the canal cut shipping costs to a fraction of what it used to be via ground transportation. 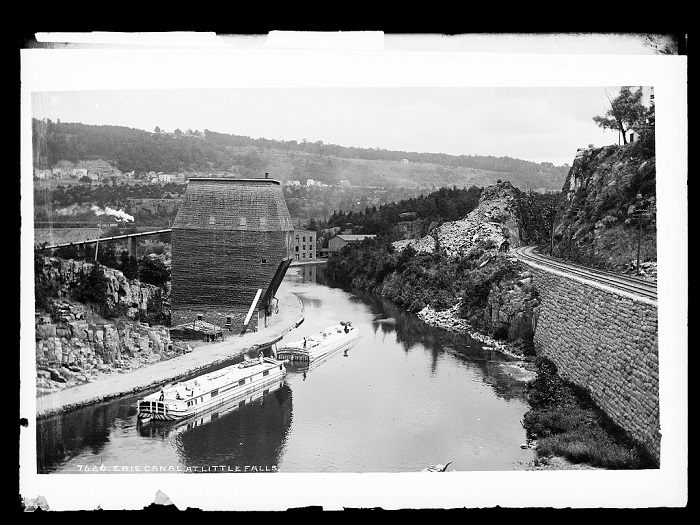 After the western steamboat was developed, around 1814, by Henry Shreve and Daniel French, it finally allowed for large cargo loads to be transported upstream even in shallow water, which helped spur industrialization in the West, according to Morris:

“Within a decade the region’s great grain, lumber, and meat animal enterprises were centralizing in Cincinnati, as a tight-knit riverine economy took shape within the Ohio, Missouri, and Mississippi valleys. Cincinnati invented the meatpacking ‘disassembly’ line later made famous by Chicago, and Cincinnati brothers-in-law Proctor and Gamble were innovators in America’s first chemical industry.”

In 1837, the Federal government completed a 620-mile national road from Maryland to Illinois in an effort to help manufacturers transport goods westward.

Then in the 1840s, 50s and 60s, newly established widespread railroad systems finally linked the Northeast and Midwest into an “intergrated commercial and industrial unit.” (Morris xii) 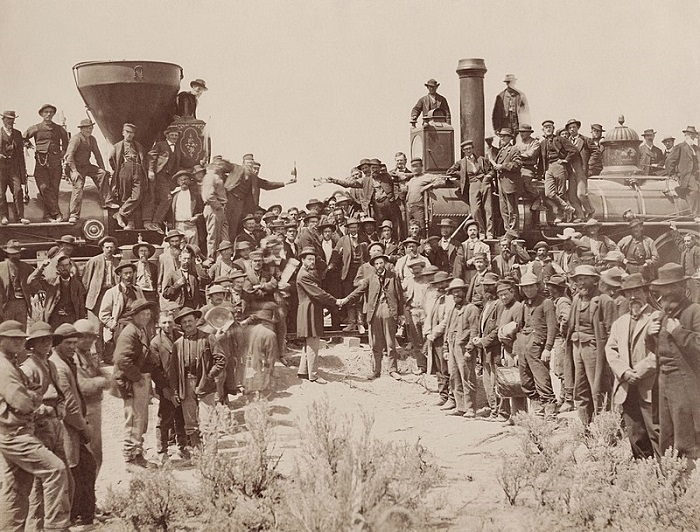 Celebration of the meeting of the Transcontinental railroad in Promontory Summit, Utah, May 1869

As a result, midwestern industries of coal, iron, food processing, lumber, furniture and glass increased sharply while Northeaster industries like clocks, textiles, and shoes grew to a global scale.

“The South, in the meantime, slipped into the position of an internal colony, exploiting its slaves and being exploited in turn by the Northeast and Midwest. Boston and New York controlled much of the shipping, insurance, and brokerage earnings from the cotton trade, while the earnings left over went for midwestern food, tools, and engines, shipped down the Mississippi and its branches.”

In 1850, the second industrial revolution, which saw the rise in electricity, petroleum and steel, began in the United States and then spread to Europe and the rest of the world.

Industrialization increased greatly in the late 19th century and early 20th century due to technological advances, according to Jonathan Rees in his article, Industrialization and Urbanization in the United States, 1880-1929, on the Oxford Research Encyclopedias website:

“Before 1880, industrialization depended upon a prescribed division of labor—breaking most jobs up into smaller tasks, and assigning the same people to repeat one task indefinitely. After 1880, industrialization depended much more on mechanization—the replacement of people with machines—to increase production and maximize profits. The development of the modern electrical grid, starting in the early 1880s, facilitated such technological advances. Henry Ford’s assembly line and the rise of mass production after the turn of the 20th century only strengthened this effect. As a result, the total manufacturing output of the United States was twenty-eight times greater in 1929 than it was 1859.”

By the 1890s, the United States surpassed Britain for first place in manufacturing output and by the beginning of the 20th century, per capita incomes in the United States were double that of Germany and France, and 50% higher than Britain. The United States is now the largest economy in the world.

Inventions of the Industrial Revolution in America:

How the Industrial Revolution Changed America:

The industrial revolution caused rapid urbanization in America, with people moving from the countryside to the cities in droves. In 1800, only 6 percent of the population of America lived in cities but by 1900, that number had increased to 40 percent. By 1920, the vast majority of Americans lived in cities.

The industrial revolution also caused a rise in unskilled labor. Prior to the 19th century, most Americans who were not employed in agriculture performed a skilled trade. Industrialization made apprenticeships obsolete and commoditized labor itself.

The use of child labor also led to new labor laws, such as the 1938 Fair Labor Standards Act.

Poor working conditions and low wages led to the growth of labor unions. These labor unions came about because workers had little political support due to the fact that many of them were immigrants and women who were not allowed to vote.

These new economic changes led to social and cultural transformations such as the formation of distinct social classes, in particular a new middle class/bourgeoisie which consisted of entrepreneurs, businessmen, law and medical professionals.

Each social class had its own specific culture and views and its own set of values and they would often clash as a result leading to more polarized political parties and factions.

6 thoughts on “The Industrial Revolution in America”