Transcendentalism was an American literary, philosophical and political movement in New England in the early 19th century.

“Transcendentalism was a distinct philosophical system. Practically it was an assertion of the immanence of divinity in instinct, the transference of supernatural attributes to the natural constitution of mankind” (Frothingham 136).

The movement emphasized independence, self-reliance and a connection to nature. Common themes in transcendentalism was self-wisdom, nature and social reform.

Why Did Transcendentalism Start?

Transcendentalism emerged from English and German romanticism and philosophy and took place during the American Renaissance. It was a reaction against the general state of intellectualism and spirituality at the time, particularly Unitarianism, which was the dominant religious movement in New England in the early 19th century.

Transcendentalists felt that Unitarianism placed too much emphasis on rationality and reason as a means of achieving spiritual enlightenment.

Unitarianism preached that the Bible could be studied rationally, like any other text, while transcendentalists believed that a person could achieve spiritual enlightenment by instead looking inward and relying on their own intuition, according to Tiffany K. Wayne in her book The Encyclopedia of Transcendentalism:

“In exploring the role of the individual in a theological sense, Transcendentalism ultimately rejected the need for biblical Christianity, replacing belief in the God of the Bible with belief in the divinity of humanity” (Wayne VII).

“But in New England, the ideas entertained by the foreign thinkers took root in the native soil and blossomed out in every form of social life. The philosophy assumed full proportions, produced fruit according to its kind, created a new social order for itself, or rather showed what sort of social order it would create under favoring conditions. Its new heavens and new earth were made visible, if but for a moment, and in a wintry season. Hence, when we speak of Transcendentalism, we mean New England Transcendentalism. New England furnished the only plot of ground on the planet, where the transcendental philosophy had a chance to show what it was and what it proposed” (Frothingham 105).

Frothingham goes on to explain the New England’s high literacy rates, individualism, strong Protestant beliefs and revolutionary nature made it so that “every New Englander was at heart, whether he suspected it or not, radically and instinctively a disciple of [philosophers] Fitche or Scheling, of Cousin or Jouffrey.”

Transcendentalism became a unified movement when the Transcendental Club was founded in Cambridge, Massachusetts, on September 8, 1836.

Frothingham states that Ralph Waldo Emerson was the founder of the Transcendental movement and its sole driving force:

“He alone was competent to form a school, and as soon as he rose, the scholars trooped about him. By sheer force of genius Emerson anticipated the results of the transcendental philosophy, defined its axioms and ran out their inferences to the end” (Frothingham 115).

Yet, Philip Gura states, in an article on the Gilder Lehrman website, that George Ripley and Orestes Brownson were originally the group’s most well known members and that Emerson only emerged as the leader after the publication of his book, Nature, in 1836, and his famous Divinity School Address in 1838.

The 1836 publication of Emerson’s book Nature broke such new ground that “those who read it recognized the signs of a new era, even if they could not describe them; and many who did not read it felt in the atmosphere the change it introduced” (Fronthingham 122).

On July 15, 1838, Emerson gave a speech to the graduating class of Harvard Divinity School, now known as the Divinity School Address, that was considered so radical at the time that it sparked a major controversy among Unitarian theologians, including Andrews Norton of Harvard who responded with a lecture that called Transcendentalism the “latest form of infidelity.”

​Over the course of several years, many new lectures, books, magazines were produced that supported the Transcendental doctrine, including the first series of Emerson’s “Essays” in 1840, followed by his lecture “The Transcendentalist” at the Boston Masonic Temple, Orestes Augustus Brown’s magazine the Boston Quarterly Review in 1838 and his book, titled Charles Elwell, or the Infidel Converted, in 1840,

Yet, the highlight of the movement’s literary achievements was the publication of the Dial, a quarterly magazine that explored literature, philosophy and religion. The magazine ran from July of 1840 to April of 1844.

Throughout the remainder of the century, the Transcendentalists continued to meet, discuss, lecture, write and experiment with social reform and publishing.

When Did Transcendentalism End?

In 1840, the Transcendental Club came to an end but the movement continued. By the 1850s though, Transcendentalism had started to fade out.

By the time the Civil War was over, many of the original members of the movement were dead, particularly Henry David Thoreau, Margaret Fuller and Theodore Parker, while others had moved on to new causes like Native American rights.

Yet, a second wave of transcendentalists, such as Octavius Brooks Frothingham, Samuel Longfellow, Moncure Conway and Franklin Benjamin Sanborn, later brought new life to the movement.

Transcendentalism began to face even more criticism though after the rise of the scientific method, which placed more value on material facts than spiritual ideals.

Gura states that by the 1870s, the original message of Transcendentalism had changed:

“By the 1870s, the uneasy balance between the self and society that had characterized the antebellum phase of the Transcendental movement tipped irrevocably in the direction of the self. The intellectual power of Transcendentalists was directed toward individual rights and, implicitly, market capitalism, not humanitarian reform. Emerson’s admittedly demanding philosophy of self-reliance, an artifact of the early 1840s, was simplified and adopted as a chief principle. More and more, people identified Transcendentalism with the idea of individualism alone, rather than with the ethic of brotherhood that was supposed to accompany it, a process that only accelerated after Emerson’s death in 1882. It was left to others to promulgate a religion, the Social Gospel, that reached out to the poor and forgotten.”

In 1876, in an article titled Transcendentalism in New England in the International Review, Samuel Osgood reacted to claims that Transcendentalism had lost is relevance when he explained “Undoubtedly the spread of the ideal philosophy has been one cause of its apparent decline, and the sect of Transcendentalists has disappeared, because their light has gone everywhere” (Osgood 761), meaning that the ideals of the movement had been fully adopted and absorbed into American culture.

What Are the Basic Beliefs of Transcendentalism?

Transcendentalism has a few basic beliefs and fundamental principles:

Transcendentalists share a fundamental belief in a higher reality of ideas, in a metaphysical realm of spirit that is obscured by the material world, according to Ralph Waldo Emerson in his book Nature:

“The mind is a part of the nature of things; the world is a divine dream, from which we may presently awake to the glories and certainties of day. Idealism is a hypothesis to account for nature by other principles than those of carpentry and chemistry” (Emerson 60).

“What is popularly called Transcendentalism among us, is Idealism; Idealism as it appears in 1842. As thinkers, mankind have ever divided into two sects, Materialists and Idealists; the first class founding on experience, the second on consciousness.”

Emerson goes on to say that while the materialist relies on fact, the idealist relies on the “power of thought and of will on inspiration, on miracle, on individual culture.”

Transcendentalists believe that people are inherently good but that society and its institutions have corrupted the purity of the individual.

They believe that the growth or ability for an individual to flourish is stunted by society’s organized religions and political systems and that people do best when they are independent and self-reliant, according to Emerson in his lecture, The Transcendentalist:

“It is simpler to be self-dependent. The height, the deity of man is, to be self-sustained, to need no gift, no foreign force. Society is good when it does not violate me; but best when it is likest to solitude. Everything real is self-existent.”

“It is well known to most of my audience, that the Idealism of the present day acquired the name of Transcendental, from the use of that term by Immanuel Kant, of Konigsberg, who replied to the skeptical philosophy of Locke, which insisted that there was nothing in the intellect which was not previously in the experience of the senses, by showing that there was a very important class of ideas, or imperative forms, which did not come by experience, but through which experience was acquired; that these were intuitions of the mind itself; and he denominated them Transcendental forms.” 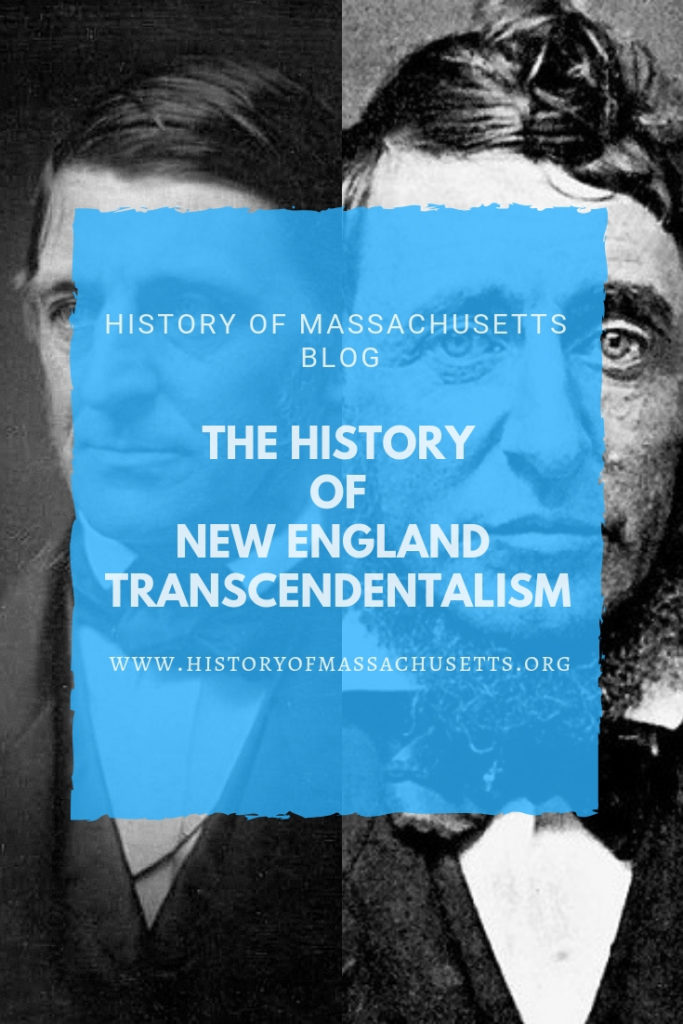