The mid-19th century has often been described as an “American Renaissance” of literature due to the large number of literary masterpieces created during this time.

Sometimes referred to as the New England renaissance, because it was centered in New England, this period ran from about 1830 until the end of the Civil War and it has been closely identified with American romanticism and an intellectual movement known as transcendentalism.

The American Renaissance was significant because it was the first time in history that American writers were considered equal or even better than European writers. At the time, America was a young country with no real literary talent or accomplishments to speak of yet.

After British critic Sydney Smith declared, in 1818, “Literature the Americans have none…In the four quarters of the globe, who reads an American book?” that all changed after the American Renaissance began.

Who Coined the Term American Renaissance?

Matthiessen argued that the movement happened during a much narrower time frame, 1850 – 1855, and only consisted of five authors, Herman Melville, Nathaniel Hawthorne, Henry David Thoreau, Ralph Waldo Emerson and Walt Whitman, who he believed had a profound effect on American literature and society as a whole, according to Christopher N. Phillips in his book the Cambridge Companion to the Literature of the American Renaissance:

Yet, Phillips goes on to say that although Matthiessen first coined the phrase “American renaissance,” the idea that a major literary movement had occurred in the mid-19th century was nothing new.

In 1887, Dartmouth professor Charles F. Richardson referred to a “New England Transcendental Renaissance” in his book American Literature, 1607 – 1885. Then in 1900, Harvard professor Barrett Wendell described a “Renaissance of New England” in his book Literary History of America.

These scholars believed it was poets such as Longfellow, Whittier, Lowell and Holmes who were the leaders of the movement.

Early 20th century scholars also agreed that a major literary movement had take place, such as Lewis Mumford’s Golden Day in 1926, Vernon Parrington’s Main Currents in American Thought in 1927, Fred Lewis Pattee’s The First Century of American Literature in 1935, and Van Wyck Brooks’s The Flowering of New England in 1936.

Yet, Mumford was the first to argue that it was actually a different set of authors, Melville, Whitman and Thoreau, who led the charge, according to Phillips:

“Mumford championed ‘outsider’ authors such as Melville, Whitman and Thoreau. Matthiessien adopted Mumford’s canon, and he used the New York roots of Melville and Whitman along with his democratic theme to make his account of American literature much more national in scope that previous accounts had been. Richardson’s and Wendell’s Renaissances were self-consciously regional; Matthiessen’s rhetorically, if not geographically, encompassed the nation” (Phillips 2).

The original definition of the American Renaissance focused solely on the works of white men. Doing so completely obscured the contributions of women and minorities like Frederick Douglass, Louisa May Alcott and Frances E. W. Harper.

Yet as more literary historians weighed in, the definition of the American Renaissance began to evolve, although it took a long time to do so, according to Phillips:

“Not until after the foment of the Civil Rights movement in the 1960s and 1970s would such women authors, along with black and Native authors, find anything like a secure place in the American Renaissance” (Phillips 3).

The definition of the movement has continued to evolve as literary historians also debate where and when the movement took place as some scholars have questioned how a single region like New England could stake a claim to an entire movement, according to Phillips:

“The ‘hemispheric turn’ proved especially helpful in challenging the New England focus of antebellum literary studies, exemplified by Kirsten Silva-Gruesz’s Ambassadors of Culture (2002) and Anna Brickhouse’s Transamerican Literary Relations and the Nineteenth-Century Public Sphere (2004), the latter in particular taking Matthiessan head-on in challenging both his choice of authors and his claims to national representation. The American Renaissance was going on in Upstate New York, Sacramento, Cincinatti, Havana, Lima, and Concord simultaneously, as it turned out” (Phillips 5).

The chronology of the movement has also expanded. The movement eventually expanded to include Edgar Allan Poe, who died in 1849, and some recent scholars have recast the period as one spanning many decades and perhaps even a century, as can be seen in Jay Grossman’s book, Reconstituting the American Renaissance, which traces the origins of Emerson and Whitman’s writing style back to literary and political traditions of the 18th century.

Phillips goes on to explain that, in a way, the American Renaissance expands all the way to the present moment and that there are many ways the words of the 1850s connects to the modern day.

The American Renaissance is considered the romantic period in American literature. American romanticism was a literary style that emphasized emotion over reason, individuality instead of society, nature instead of industrialization, common people instead of aristocrats and freedom instead of authoritarian control. 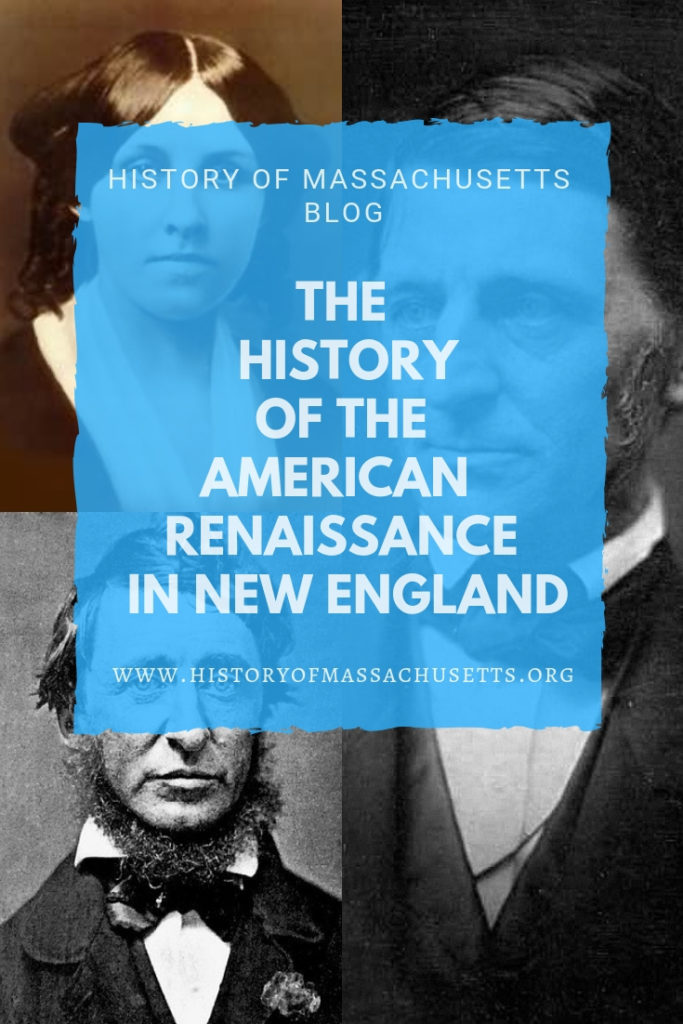