Reverend John Hale was a minister from Beverly best known for his role in the Salem Witch Trials of 1692.

Born in Charlestown in 1636 to local blacksmith Robert Hale, as a child Hale witnessed Massachusetts’ first execution of a convicted witch, in 1648, with the hanging of Margaret Jones of Charlestown.

Hale was later educated at Harvard, where he earned a theology degree in 1657, and worked as a teacher and tutor after graduation.

A few years later, Hale was invited to preach at the First Parish Church in Beverly and became the church’s first official pastor in 1667. For his service, the church awarded him 200 acres of pastureland on what is now modern day Hale street in Beverly. 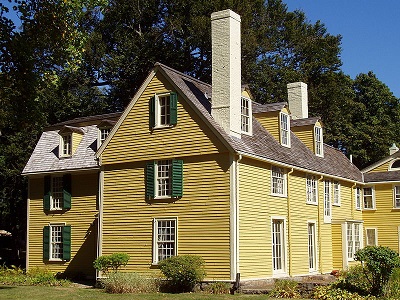 After his first wife, Rebecca Byles, passed away in 1683, Hale married Sarah Noyes a year later. He then went on to serve as a chaplain to the militia during the Massachusetts campaign to capture the fortress of Louisburg in Canada in 1690.

A few years after returning from the war, Hale became involved in the Salem Witch Trials of 1692 when Salem Village minister Samuel Parris asked him to observe the strange behavior of a group of girls claiming to be tormented by evil spirits.

According to the book The Salem Witch Trials: A Reference Guide, Hale was one of the first ministers to suggest they find whoever was responsible for tormenting the girls:

“When their behavior did not improve, Reverend Hale was among the foremost ministers intent upon seeking out and and eliminating the witches responsible. As the episodes expanded and intensified, Hale was called upon to testify against members of his congregation and he became more deeply involved in the proceedings. As the number of cases grew, Hale became less vocal and visibly less involved. By the fall, accusations were leveled at Hale’s wife, Sarah, who was so far above reproach that she was never in serious danger. Nevertheless, Hale seems to have at some point changed his opinion concerning the way in which the trials were conducted and the advisability of using the testimony of the afflicted children.”

Although Hale already had growing doubts about the witch hunts by the time of his wife’s accusation, it was still a major turning point for him. 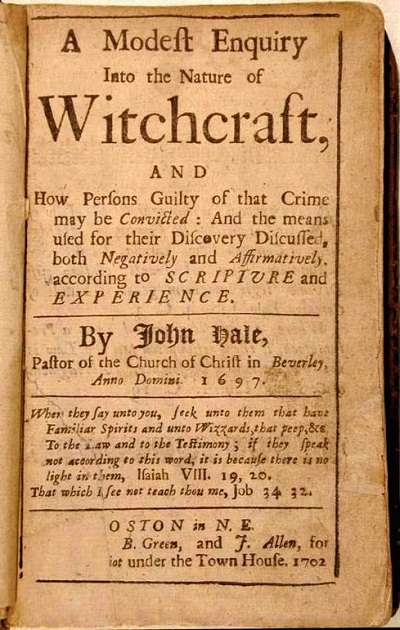 A Modest Inquiry Into the Nature of Witchcraft by John Hale

Fortunately, since Governor Phipps forbade any further arrests of suspected witches the month before her accusation in November, Sarah was never officially charged or arrested.

A few years after the witch trials ended, Hale’s wife Sarah passed away and Hale began writing a book about the Salem Witch Trials, titled A Modest Inquiry into the Nature of Witchcraft, which challenged the legal proceedings and religious principles of witch hunts in general.

Although the book doesn’t deny the existence of witches, Hale suggested the fear of witchcraft was so great that it impaired the judgment of everyone involved in the Salem Witch Trials, possibly resulting in the death of innocent people:

“Such was the darkness of that day, the tortures and lamentations of the afflicted, and the power of former presidents, that we walked in the clouds, and could not see our way. And we have most cause to be humbled for error on that hand, which cannot be retrieved. So that we must beseech the Lord, that if any innocent blood hath been shed, in the hour of temptation, the Lord will not lay it to our charge, but be merciful to his people whom he hath redeemed. And that in the day when he shall visit, he will not visit this sin upon our land, but blot it out, and wash it away with with the blood of Jesus Christ.” 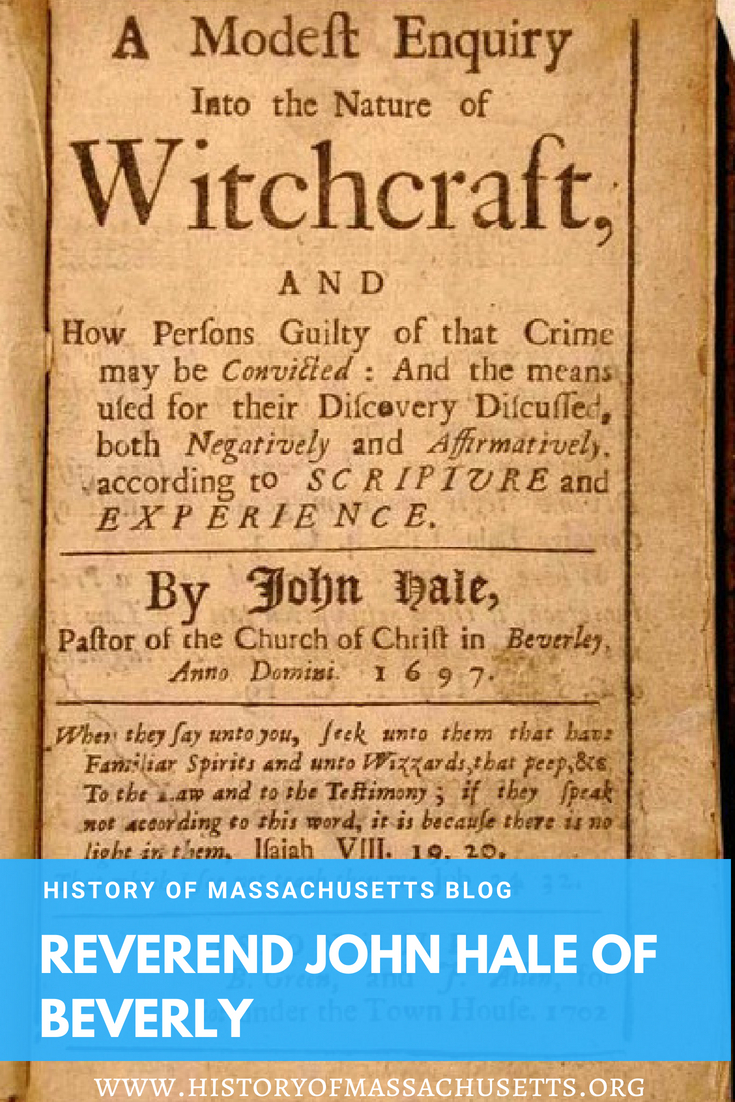