Anyone who has visited modern day Boston, Massachusetts might be a little confused to hear it was once a small hilly peninsula less than 800 acres wide.

The city is now a wide, flat landmass consisting of 89 square miles. It took close to 100 years but Bostonians managed to forever transform the landscape of the city during the industrial revolution in Massachusetts.

Back in the 1620s when Boston’s first settler, William Blackstone, moved from a failed colony in Weymouth to what is now modern day Boston, it was a small peninsula named Shawmut by the Algonquin Native Americans that lived there. 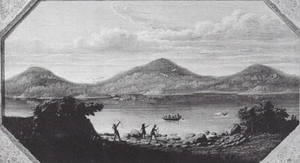 Trimount in 1630, painting by Samuel Lancaster Gerry, circa 1836

Shawmut was a peninsula of 789 acres connected to the mainland by a narrow bridge of land, making it practically an island.

The peninsula had five hills, one hill that would later be named Trimount (meaning triple mountain) that actually consisted of three hills itself: Mt. Vernon, Beacon hill and Pemberton hill, and two other hills the settlers later called Copp’s Hill and Fort Hill. These hills later played a large role in the Revolutionary War battles around Boston.

By 1775, the city had built a long wharf about ½ mile long and also built a dam across the North Cove, creating a pond the colonists named Mill pond. The dam was used to power grist mills and sawmills in the area.

Shortly afterward, in the early 1800s, the city cut down Mount Vernon and used the soil to create the area surrounding Charles street along the river.

By the early 1800s, Mill pond became dirty and stagnant and the mills there were no longer needed.

The city allowed the Boston Mill Corporation to fill in Mill pond and lay out new streets at the corporation’s expense. In exchange, the corporation would be allowed to sell the land plots and keep all of the proceeds.

The new plots would be used to build housing for working class citizens. This area became known as the Bulfinch triangle neighborhood because of the triangle of streets surrounding it. Causeway street sits on the exact location of the dam’s original retaining wall.

To fill in the pond, workers cut down Beacon hill and Copp’s hill and moved the gravel to the pond using shovels, pick axes and horse-drawn wagons. The primitive tools made the work a very slow process and took 21 years to complete, from 1807 to 1828.

When workers cut down Copp’s hill the only thing they left untouched was the old three-acre burying ground. The city built a retaining wall around the graveyard to prevent it from eroding.

In 1814, the Boston and Roxbury Mill Corporation built the Boston & Roxbury Mill Dam across the back bay. The dam was intended to harness the power of the tides to create energy for potential mills.

Developers also built a toll road on top of the dam. This road bypassed the narrow land bridge, called Boston Neck, that was Boston’s only connection to the mainland at the time. 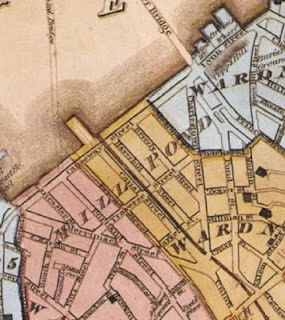 Once again, the contractors did not consider the environment impact of the dam and the bay soon became dirty and stagnant.

The project was also a financial disaster due to greatly underestimated construction costs. Developers originally predicted the project would only cost $250,000 but it ended up costing $700,000.

To further compound the problem, only three mills were ever built near the damn, which brought in a measly $6,000 in annual revenue.

Realizing that the state of the bay was a considerable problem, the city began filling in the 700 acres of the bay in 1857.

For fifty years, day and night, trains brought about 3,500 railroad cars of gravel from Needham and other areas each day. When the Great Fire of 1872 destroyed much of the city, rubble from the fire was used to fill in the bay.

The project finally reached completion in 1882. This new land nearly doubled the size of Boston peninsula. The newly built area became the Back Bay neighborhood. 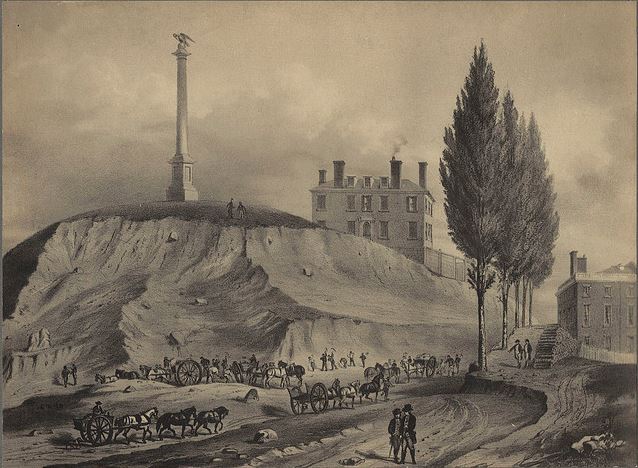 Lithograph of workers cutting down Beacon Hill behind the State House by J.H. Bufford & Co circa 1898

In the 1830, owners of the wharves along the South Cove, including Griffin’s wharf where the Boston tea party took place, decided filling the cove and wharves to build railroads would be more profitable than keeping the cove open for shipping.

The city cut down Fort hill, now the Fort Point neighborhood, and used it to fill the South cove, which created modern day Chinatown, and the Great cove, now the financial district in 1833.

The project reached completion in 1845. Filling in these coves added almost 300 more acres and created 60 percent more land for the city.

Pemberton hill survived until 1835 when the Boston & Lowell railroad company cut it down to fill in tidal flats to build tracks just north of Causeway Street, where North Station now sits.

In 1865, the west cove was finally filled in, adding 203 new acres and created 40 percent more land. By the late 1800s, the major land making projects were over and the city of Boston had more than doubled in size. 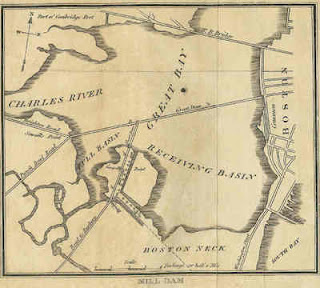 Map depicting the Back Bay Dam, circa 1821

1 thought on “History of the Boston Landfill Project: How Boston Lost Its Hills”