The passengers on the Mayflower were separatists, non-separatists and their servants who were all headed to the New World to settle Plymouth Colony.

These passengers hired the captain of the Mayflower, Christopher Jones, to take them to North America on board his cargo ship, the Mayflower and another ship, the Speedwell.

Unfortunately, the Speedwell sprung a leak shortly after leaving England in August of 1620, and the ships had to return to port where the Speedwell passengers were then loaded onto the Mayflower for the long sea journey.

How Many People Were on the Mayflower?

According to Edward Winslow in his book, Mourt’s Relations, and William Bradford in his manuscript, Of Plymouth Plantation, there were 102 passengers on the Mayflower voyage in 1620. 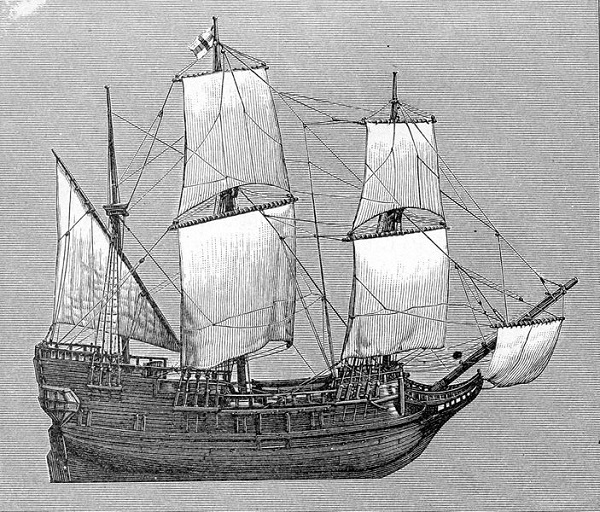 The Mayflower, illustration published in A School History of the United States, circa 1897

After the Mayflower reached Cape Cod and the colonists signed the Mayflower Compact on November 11, 1620, both Bradford and Winslow created lists of the names of the passengers at that time.

The lists don’t include William Butten, who died about a week earlier, nor do they include Peregrine White, who wasn’t born until a couple of weeks later, but they do include Oceanus Hopkins, who was born before the colonists reached Cape Cod.

That lists also include five of the Mayflower crewmen who either stayed as colonists or were hired to be laborers in the colony for one year: John Alden, John Allerton, Thomas English, William Trevore and a crewman by the name of Ely whose last name is unknown.

Out of the 102 passengers, around half were separatists, aka the pilgrims, and the other half were non-separatists, servants and the five crewmen. About 74 of these passengers were males and 28 were females.

According to the book Mourt’s Relations, the addition of two other Mayflower crewmen bring this list to a total of 102 passengers:

“This list of Morton’s adds up to forty-one signers [of the Mayflower Compact]; who, according to Bradford’s list, at this date, represented exactly one hundred persons. Bradford adds ‘There were also other 2 seamen hired to stay a year here in the country, – William Trevore, and one Ely….Counting the two hired seamen, the entire Mayflower company – as distinct from her crew – consisted thus of one hundred and two persons.’”

In addition to the passengers, there were also 36 crewmen but only a handful of them were identified in the historical records. The ship had an unidentified master gunner who went out on an expedition on December 6, 1620 to explore Cape Cod but became “sick unto death (but hope of trucking made him to go).” He died sometime that winter.

The ship’s unidentified Master Carpenter is noted for having repaired the ship’s broken mast during the middle of the voyage with a giant screw that the pilgrims had with them. He also helped them construct the shallop that they had dismantled and stored between the decks.

The ship’s unidentified boatswain was described by William Bradford in his diary as “a proud young man, who would often curse and scoff at the passengers, but when he grew weak they had compassion on him and helped him.” He died sometime that winter.

In total, about half the Mayflower crew died during the first winter at Plymouth and the majority of them remain unidentified.

Animals on the Mayflower:

Two dogs, a female mastiff and a small springer spaniel, were aboard the Mayflower, according to Edward Winslow in his book Mourt’s Relations. Other animals aboard the ship were pigs, goats and chickens.

Some historians also believe the Mayflower had bed bugs and may have been responsible for bringing these parasites to North America. 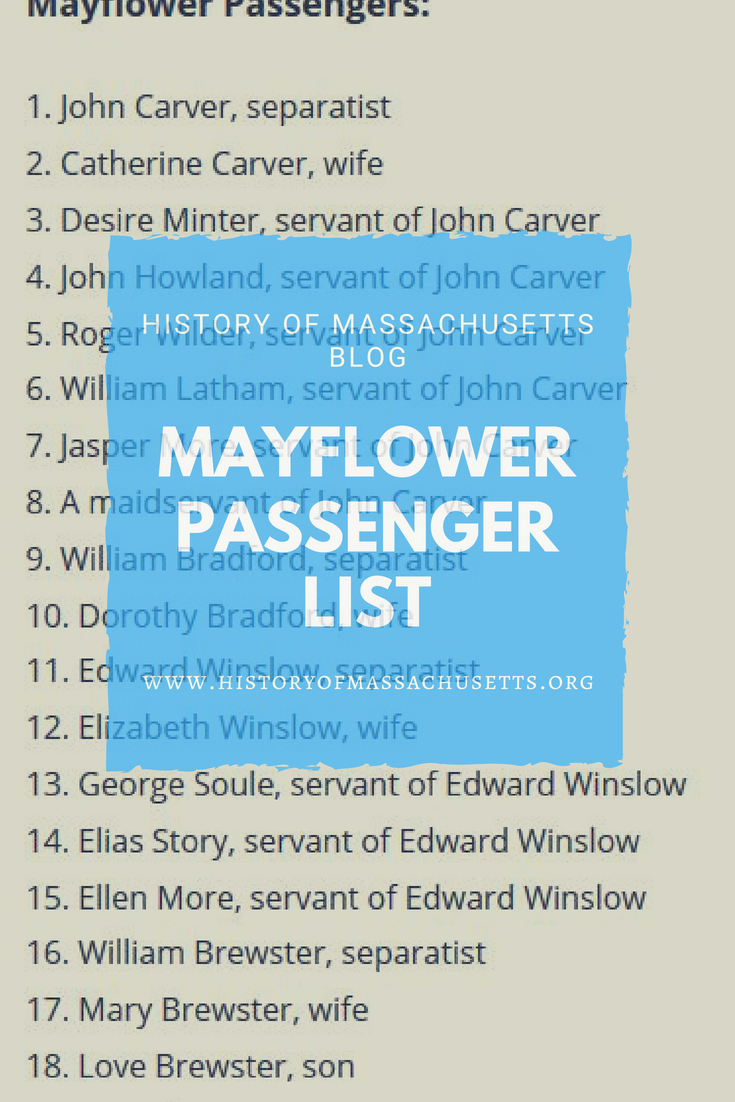