Prudence Cummings Wright was a woman who lived in Pepperell, Mass and fought in the Revolutionary War.

Wright, who was 35 years old and a mother of six children, recruited a group of 30 to 40 women to stand guard at a Jewett’s bridge in April of 1775, where they captured two New Hampshire men suspected of being Tory spies and confiscated documents they were carrying.

While it is a fact that the event took place, there are many version of this story and the exact details are unclear.

Although one of the men was identified as Leonard Whiting, no one knows for sure whether the second suspect was Samuel Cummings or his brother Thomas, if the men were ever punished for their alleged deed or if in fact they were guilty of being spies.

The earliest version of the story comes from the book History of the Town of Groton, published in 1848, which states:

“After the departure of Col. William Prescott’s regiment of ‘minute men,’ Mrs. David Wright of Pepperell, Mrs. Job Shattuck of Groton, and the neighboring women, collected at what is now Jewett’s bridge, over the Nashua, between Pepperell and Groton, clothed in their absent husbands’ apparel, and armed with muskets, pitchforks, and such other weapons as they could find, and having elected Mrs. Wright their commander, resolutely determined, that no foe to freedom, foreign or domestic, should pass that bridge. For rumors were rife, that the regulars were approaching, and frightful stories of slaughter flew rapidly from place to place and from house to house. Soon there appeared one on horseback, supposed to be treasonably engaged in conveying intelligence to the enemy. By the implicit command of Sergeant Wright, he is immediately arrested, unhorsed, searched, and the treasonable correspondence found concealed in his boots. He was detained prisoner and sent to Oliver Prescott, Esq., of Groton, and his despatches were sent to the Committee of Safety.” 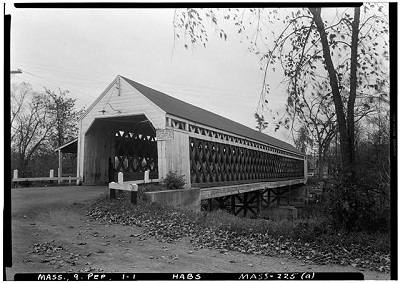 Decades later, in 1899, Mary L. P. Shattuck gave a speech, at the Pepperell chapter of the Daughters of the American Revolution, during which she presented two versions of the story collected from the descendants of Leonard Whiting and Prudence Wright:

“The report of the fight on Lexington Green and at Concord came to the town later. The women knew that their townsmen had helped chase the British and were now with ‘other minute men’ near Boston, and that more serious action was imminent. Spies were reported as passing between the British in Canada and those in Boston. One direct road from Canada to Boston ran through Pepperell.

For the women there was all the anxiety and dread uncertainty with none of the excitement of the assembled forces nearer Boston, but when they knew there was a possibility of doing something they seized the opportunity, and in the spirit that animated the ‘minute men,’ acted at once. Word was sent from house to house in Pepperell, for the women to assemble. We know that some from Groton also responded. Hollis women may have been represented in the gathering. They determined that no foe to the cause so dear to them should pass through town, if they could prevent it. They elected Mrs. David Wright. as commander of their company. She chose Mrs. Job Shattuck, of Groton, as her lieutenant….

Unfortunately, the muster roll of the ‘Guard,’ if one was made, was not preserved. Tradition enrolls the women of this immediate neighborhood, between thirty and forty in number. We know that their uniform was their absent husbands’ and brothers’ clothing, and their accoutrements were the muskets left by the men pitchforks and anything that could be made to do service.

Their rendezvous was Jewett’s bridge over the Nashua river, in Pepperell, the place where a person coming from the north would be obliged to cross, unless he forded the river. The ‘Guard’ assembled at dark one night a few days after the nineteenth of April, when they heard the rumor that British messengers were expected to cross the town. There were pine trees on one side of the river near the bridge, but no houses very near. The bridge at that time was an open one. The road, then as now, curved around high land on the north side so that the bridge was not visible until it was nearly reached by a person coming from the north.

How long the women waited there was not remembered by our grandmothers in their story, but they were excited, so the story runs, as told by a descendant of Leonard Whiting, for when two horsemen approached from the north they heard the women’s voices before they came in sight, and the captain’s voice above the others. One of the horsemen recognized it as that of his sister, whose fearless, determined spirit he knew full well.

‘Not one further step I ride!
One who rode with Whiting cried
‘Tis my sister Prue! Alas,
She would never let me pass
Save when her dead body fell!
I turn back from Pepperell.’ – poem by Annie V. Cuthbertson,
published in “Turner’s Public Spirit” of January 15, 1898, Ayer, Mass.

and from that hour her brother Thomas was never seen by his family or townsmen, so this tradition runs. Capt. Whiting being a military man, was not so much impressed by the voices of the women, and rode on into the midst of the ‘Guard’ before he realized the nature of the force he had to face.

The women surrounded him, seized his horse, and at the command of ‘Capt. Wright,’ compelled him to dismount and submit to search. In his boots were found treasonable papers. The women marched their prisoner to the middle of the town, probably up Main street to the tavern kept by one Solomon Rogers. They were entertained a substantial supper no doubt and guarded their prisoner until morning, when they marched him to Groton and delivered him into custody. The papers were sent to the committee of safety at Charlestown.

Here is a slightly different version of the story as told by a descendant of David and Prudence: Soon after her son Liberty died, Prudence went to her Hollis home, and one afternoon heard her brother Samuel, and Leonard Whiting make plans to meet a force of English and lead them to Groton. She succeeded in leaving Hollis without exciting their suspicion and returned to Pepperell, where she called together the women, who dressed in their absent husband’s clothing and proceeded to the bridge near Jewett’s fordway, prepared to defend it in the absence of their husbands and brothers.

Soon after nightfall, horses were heard approaching, but instead of the force of British expected, only two horse men approached. Prudence, as chosen leader, ordered a halt. They turned to fly, but the women seized their horses. Leonard Whiting drew his revolver and was about to use it when Samuel Cumings made him lower it, saying: ‘I recognize Prude’s voice and she would wade through blood for the rebel cause.’ The men were dismounted and searched, and despatches from the British forces in the field, to the British General in Boston were found upon them.

The prisoners were taken to Groton to the committee of safety, and the next day were given their liberty on condition that they would leave the colony. They departed in the direction of New York. Samuel Cumings never returned. Samuel was the favorite brother of Prudence, and his loss was a life-long grief to her. At the time when Leonard Whiting was delivered into the custody of Dr. Oliver Prescott, a member of the committee of safety in Groton, his daughter Annie was twelve years old, and the doctor’s son Oliver, of the same age. Some years later she became the wife of Dr. Oliver Prescott, Jr., who built for his bride the Jacobs house in Groton, where they lived until they removed to Newburyport.”

It is not clear if the two men arrested that night ever served time for their alleged crimes and there is no definitive proof that the documents they were carrying were indeed “treasonable papers.”

According to the book, History of the Town of Hollis, the men, and many of their associates, were deemed suspicious numerous times in the months that followed but were eventually cleared of any wrongdoing due to a lack of evidence.

When Thomas Cummings was indicted on a new charge shortly after, he fled the country with his brother Samuel and Leonard Whiting’s brother, Benjamin, following shortly behind. Their estates were later confiscated and they all died in exile.

Leonard Whiting remained in Hollis but was imprisoned in an Amherst jail for most of 1777 and 1778 for “being inimical to the rights and liberties of the United Colonies.”

On March 19, 1777, a couple of years after the women arrested the men at the bridge, town officials voted to award the women seven pounds seventeen shillings and six pence for their services during the Revolutionary War. Since women could not be paid to serve in the militia, the group was referred to as Leonard Whiting’s Guard.

Sources:
“Prudence Wright and the Women Who Guarded the Bridge.” Pepperell Historical Society, www.pepperellhistory.org/wp-content/uploads/2017/10/PrudenceWright.pdf
Worcester, Samuel Thomas. History of the Town of Hollis, New Hampshire, from Its First Settlement to the Year 1879. Press of O.C. Moore, 1879
Butler, Caleb. History of the Town of Groton: Including Pepperell and Shirley. Press of  T.R. Marvin, 1848
Cummings, Albert Oren. Cummings Genealogy: Isaac Cummings, 1601-1677 of Ipswich in 1638 and Some of His Descendants. Argot and Patriot Printing House, 1904.
Mays, Dorothy A. Women In Early America: Struggle, Survival, And Freedom In A New World.  ABC-CLIO, INC, 2004
An Encyclopedia of American Women at War: From the Home Front to the Battlefield. Edited by Lisa Tendrich Frank. ABC-CLIO LLC, 2013