Phillis Wheatley was a slave and a world-renowned poet from Massachusetts during the American Revolution. Wheatley, who lived in Boston, became the first African-American to publish a book.

Born in Senegambia, in what is now modern day Gambia or Senegal, Wheatley was captured and brought to Boston on a slave ship named “The Phillis” in 1761 when she was just 8 years old.

After arriving in Boston, she was purchased by John and Susanna Wheatley who, after discovering she was in poor health, decided not to train her as a servant.

Displaying a quick wit and high level of intelligence from a young age, she was educated instead, learning English, Latin and Greek.

Wheatley’s first poem was never published but a local clergyman, Reverend Jeremy Belknap, copied the poem, which discusses the deaths of two local children from smallpox, onto the last page of his diary in 1773:

Wheatley made her public debut as a poet at the age of 12 when she published a poem titled “On Messrs. Hussey and Coffin” in the Newport Mercury. Shortly after, she earned national and international recognition for a poem she had published with Ebenezer Pemberton’s funeral sermon in 1771.

Wheatley’s poems typically expressed Christian themes and often discussed slavery and famous people of the time. As the American Revolution progressed, her poems started to center around the rebellion, such as in her 1768 poem titled “To The King’s Most Excellent Majesty” in which she praises King George III for repealing the Stamp Act. 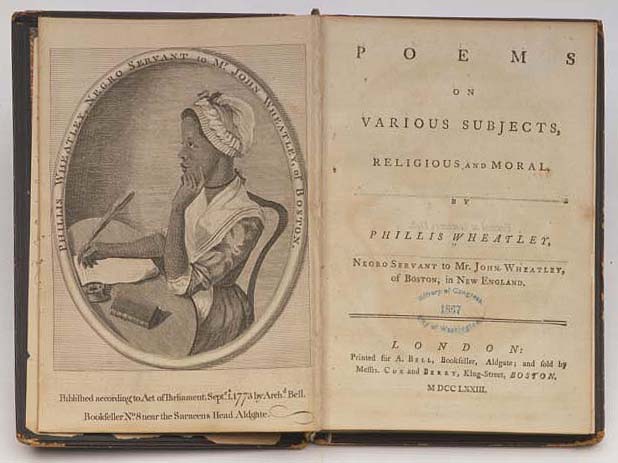 Her poems on slavery are considered controversial since she sometimes appears to endorse slavery, such as in her poem “On Being Brought to America”:

“Twas mercy brought me from my Pagan land,
Taught my benighted soul to understand
That there’s a God, that there’s a Saviour too:
Once I redemption neither sought nor knew.
Some view our sable race with scornful eye,
‘Their colour is a diabolic dye.’
Remember, Christians, Negroes, black as Cain,
May be refin’d, and join th’ angelic train.”

Yet in other poems she criticizes slavery, such as in her poem “To the Rt. Honorable William, Earl of Dartmouth:

“No more, America, in mournful strain
Of wrongs, and grievance unredress’d complain,
No longer shalt thou dread the iron chain,
Which wanton Tyranny with lawless hand
Had made, and with it meant t’ enslave the land.

Should you, my lord, while you peruse my song,
Wonder from whence my love of Freedom sprung,
Whence flow these wishes for the common good,
By feeling hearts alone best understood,

I, young in life, by seeming cruel fate
Was snatch’d from Afric’s fancy’d happy seat:
What pangs excruciating must molest,
What sorrows labour in my parent’s breast?
Steel’d was that soul and by no misery mov’d
That from a father seiz’d his babe belov’d:
Such, such my case. And can I then but pray
Others may never feel tyrannic sway.”

In 1773, unable to attract an American publisher for her collection of poems, Wheatley turned to a London publisher who published her first volume of poetry, titled “Poems on Various Subjects, Religious and Moral.”

Shortly after returning from her trip to London in May of that year, John Wheatley freed Phillis, possibly under pressure from her British fans and admirers.

After she was freed, Wheatley still remained in John Wheatley’s household and was reportedly devastated when Susanna died in 1774 and John followed shortly after in 1778.

Despite the fact that Wheatley’s poetry made her famous, it brought her very little money and she was plagued with ill health and poverty for the rest of her life.

In 1778, she entered into an unhappy marriage with a free African American man named John Peters and had three children, two of whom died young. She also attempted to have her second volume of poetry published but was unsuccessful.

In December of 1784, while living in a boardinghouse where she worked as a maid, Wheatley and her remaining child died and were buried in an unmarked grave. 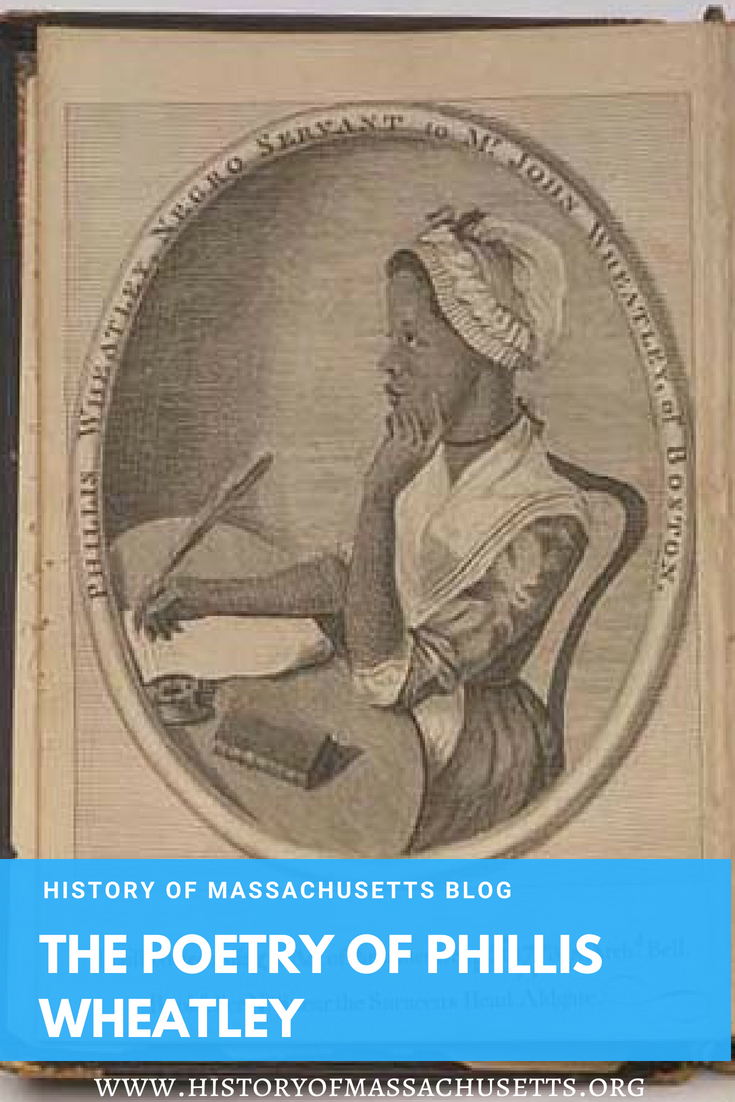