Great Britain is one of many countries who fought in the Revolutionary War in the late 18th century.

Great Britain was once a part of the powerful and expansive British Empire, which ruled numerous continents during the 17th, 18th, 19th and 20th centuries before it was eventually dismantled due to the lack of resources necessary to keep the vast empire intact.

Great Britain Before the American Revolution:

The British Empire was one of the most extensive empires in world history and was a product of the European Age of Discovery in the late 15th century. 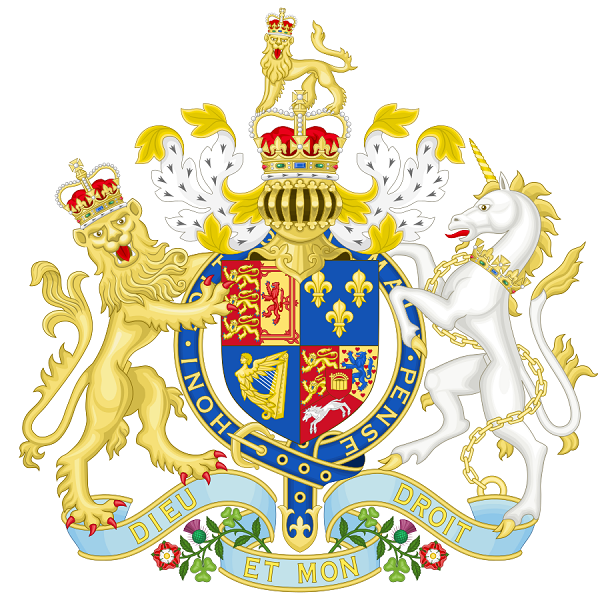 During the first British Empire, the British began colonizing other countries due to the need for trade and raw materials. It established thirteen colonies in North America, as well as colonies in the Caribbean and India.

During the early to mid-1700s, Great Britain adopted the policy of Salutary Neglect, in which it left the thirteen colonies alone to self-govern in the hopes that they would flourish and that Britain would reap the benefits in increased trade, tax revenue and profits.

In 1756, the Seven Years’ War (aka the French and Indian War) broke out, which was a global conflict between Great Britain and France for control of North America.

Both countries had colonies in North America and were trying to expand those colonies into the Ohio River Valley, which they both claimed as their own.

Great Britain defeated the French in 1763 and the region known as New France became a part of the British North American colonies. This land included French Canada and all the land between the Appalachian Mountains and the Mississippi River.

In order to protect this new land, Great Britain sent a large number of British troops to the newly conquered land to prevent the French colonists from revolting against the British. This was expensive and required a lot of troops and resources.

In addition, the Seven Years’ War had left Great Britain deeply in debt. In 1763, George Grenville, the Chancellor of the Exchequer, stated that Britain’s budget deficit was in excess of £122 million.

Great Britain needed to find a way to generate revenue to pay for the British troops in North America and to pay off its debt from the Seven Years’ War.

Great Britain During the American Revolution:

The American Revolution began after Great Britain passed a series of new taxes designed to generate revenue from the colonies in 1763. These new taxes were highly unpopular and were met with a lot of resistance in the colonies in the form of protests and riots.

In response to this resistance, in 1768, the British government sent a large number of troops to the colonies to enforce these new laws. The presence of the troops in the colonies only escalated the conflict.

The situation finally came to a head on April 18-19, 1775, when British troops stationed in Boston were sent to Concord to search for the colonist’s hidden ammunition supplies.

During the mission, the troops encountered hundreds of minutemen and militiamen in Concord who feared that the troops were there to set fire to the town. The two sides collided, which resulted in the Battle of Concord, during which the “Shot Heard Round the World” was fired.

On August 23, 1775, the British government issued the Proclamation of Rebellion, which declared that the American colonies were in an “open and avowed rebellion” and ordered officials of the British Empire to “use their utmost endeavours to withstand and suppress such rebellion.”

On October 27, 1775, the British government expanded on the proclamation with King George’s speech to Parliament in which he indicated that he intended to deal with the rebellion with armed force and asked for “friendly offers of foreign assistance” to help the British army suppress the rebellion.

The proclamation further damaged relations between the colonists and the British government and made it clear that the king was not interested in finding a way to resolve the dispute peacefully.

On July 4, 1776, the 13 colonies officially declared their independence from Great Britain.

Over the next few years, many other countries, including France, Spain, the Dutch Republic and the Kingdom of Mysore in India, joined the war as American allies, causing it to become a vast global conflict.

In February of 1782, after a long and costly war, the House of Commons voted to concede American independence.

A committee of appointed negotiators, John Adams, Benjamin Franklin and John Jay, began peace negotiations with British officials shortly after. The preliminary articles of the treaty were signed on November 30, 1782.

When the peace preliminaries were published in London in 1782, they caused considerable controversy in Parliament and in the press.

Three successive British governments were involved in the negotiations in 1782-83 and a fourth one was established by December of 1783.

On September 3, 1783, the United States, France, Spain and Great Britain signed the the Peace of Paris of 1783, which were a set of three treaties known as the Treaty of Paris and the Treaties of Versailles, officially ending the American Revolutionary War.

According to the terms of the Treaty of Versailles, the United States were granted:

The Treaty of Paris was ratified by the Continental Congress on January 14, 1784.

The only parts of Great Britain’s North American land that it was allowed to keep were the colonies of Nova Scotia, Quebec and Newfoundland as well as its colonies in the Caribbean.

The loss of the thirteen British colonies marked the end of the First British Empire.

Great Britain After the American Revolution:

In 1785, John Adams was designated as the American Minister to London. King George III told him that although he was the last to consent the separation, now that it was made, he always said that he would be “the first to meet the friendship of the United States as an independent power.”

According to The Oxford Handbook of the American Revolution, the war had a profound effect on Great Britain:

“The American War had promoted significant, thought not revolutionary, political changes in Britain. It had brought down a powerful government that still retained the full support of the king. It brought to power three short-lived administrations that were willing to concede American independence, to sue for peace, and to promote legislation to reduce Crown influence over Parliament. Outside Parliament, it created in Britain a popular reform movement demanding parliamentary reform, and in Ireland it brought about a popular movement that weakened Britain’s influence over the constitutional position and political behavior of the Irish Parliament.”

Great Britain may have lost the thirteen colonies in America, but it still had Canada and land in the Caribbean, Africa, and India.

Great Britain began to expand in these regions, building up what has been called the Second British Empire, which eventually became the largest dominion in world history.

Although losing the thirteen colonies was difficult for Great Britain, many historians argue that, in the end, it actually made the country stronger, according to an article, titled British Revival, on the British Library’s website:

“The loss of the colonies rocked the ship of state, but did not cause it to capsize, despite hyperbolic talk of civil war or rebellion at home and a growth in radical agitation. Indeed, some historians argue that support for the crown grew. Political life quickly settled into much the same patterns as before the war, albeit with a greater emphasis placed on public opinion, a stronger sense of political parties and more concern with economic reform and corruption. Demobilisation caused temporary difficulties, but low tariffs helped to stimulate trade and the economy recovered rapidly: by the 1790s, Americans were purchasing twice as much from Britain as they had as colonists in the 1760s.”

Great Britain’s attitude toward how to build its empire changed as well. Britons began to think of colonization more in terms of conquest and annexation and, as a result, it governed its colonies in a more authoritarian manner.

The loss of the American colonies also led to the colonization of Australia as well. Since Great Britain could no longer send British convicts to the American colonies, they needed to find a new place to send them and decided to build a convict camp in Botany Bay in 1787.

In the end, although Great Britain suffered temporarily due to the American Revolution, it eventually became an even more powerful and expansive empire as a result of it.

2 thoughts on “Great Britain in the American Revolution”