Many people wonder how Boston got its name and few realize that, much like other cities and towns in New England, it too was named after a city in England.

“some on the south side thereof, which place we named Boston (as we intended to have done the place we first resolved on) [for a capital]…”

What Was the Original Name of Boston?

When the Massachusetts Bay colonists first arrived in the Boston area in 1630, it was known as Trimount, due to the large hill with three peaks that made up the geography of the area at the time (these peaks were later cut down to fill in the bays during Boston’s massive land making project.) 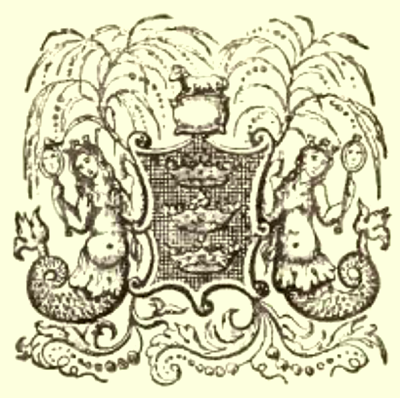 The Coat of Arms of the City of Boston, England

It’s not clear who exactly named it Trimount but, seeing that it is not a Native-American word, it was most likely named that by either colonists, traders or explorers. Trimount was located on a peninsula that was called Shawmut by the local Native-Americans.

The colonists were invited to settle on the Shawmut peninsula by William Blackstone, a member of the failed Dorchester colony who had later moved to Shawmut by himself.

Blackstome heard from the local Native-Americans that the Massachusetts Bay colonists were across the river in Charlestown and needed a place to settle with fresh water, according to the book The Life and Work of Thomas Dudley:

“in the mean time Blackstone, dwelling on the other side of the Charles River alone, at a place by the Indians called Shawmutt, where he only had a cottage, at or not far off from the place called Blackstone’s Point, he came and acquainted the governor of an excellent spring there; withal inviting him and soliciting him thither…”

After moving to the peninsula, Thomas Dudley proposed that they make it the capital of their new colony and name it after Boston, England. The other colonists agreed and, at a meeting of the Court of Assistants in Charlestown, on September 7, 1630, Trimount was officially renamed Boston, according to the book Records of the Court of Assistants of the Colony of the Massachusetts Bay:

“It is ordered that Trimountaine shall be called Boston, Mattapan, Dorchester, & the towne upon Charles River Waterton [Watertown].”

According to the court records, the assistants serving on the court the day this decision was made were:

What Does the Name Boston Mean?

Boston is a locational name from Lincolnshire, England which means Botwulf’s Stone or Botwulf’s tun (tun is an Old English word for a hamlet or small town.) It refers to Botolph, the English saint of travelers and farmers. There are numerous spelling variations of his name such as Botolph, Botulph, Botwulf and Botulf. 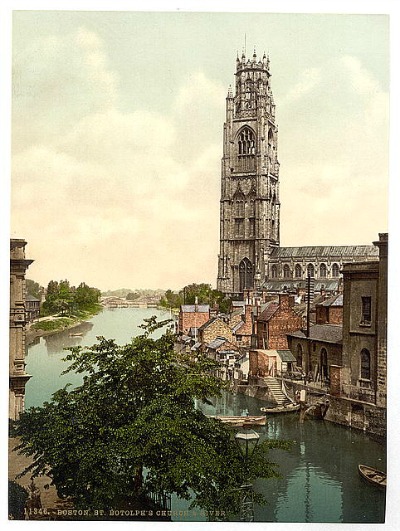 The city of Boston in Lincolnshire, England was named after Saint Botolph, who is said to have founded the city, according to the book The History and Antiquities of Boston:

“The original name of Boston is supposed to be derived from an old British saint, of the name Botolph, who lived along the middle of the seventh century of the Christian era….From the earliest accounts that can be found of the English Boston, it is supposed to have been founded by St. Botolph, whom Bede, who was nearly contemporary with him, denominates a pious Saxon, about A.D. 650. For a long series of ages little is known about it. For nearly a thousand years succeeding its foundation, few of the vicissitudes attending it through that dark period have been recorded. Indeed, its history had hardly been attempted until its daughter [Boston, Massachusetts] on this side of the Atlantic had, in most respects, far outgrown her mother city.”

There is also a church in Boston, England named after the saint, called St. Botoloph’s Church, where Reverend John Cotton used to preach and where Anne Hutchinson used to attend his services, before Hutchinson followed Cotton to the Massachusetts Bay Colony in the 1630s, according to The History and Antiquities of Boston:

“One of the most famous and interesting objects of Ancient Boston is St. Botoloph’s church, rendered doubly famous to the people here for its having been the church of which Mr. John Cotton was vicar twenty-one years and from which he was obliged to fly to New England…It was a figurative saying of some of the pilgrims who settled this Boston [in Massachusetts], that the lamp in the lantern of St. Botoloph’s ceased to burn when Cotton left that church, to become a shining light in the wilderness of New England.”

What is Boston’s Nickname?

How Did Boston Get Its Nickname?

Baked beans and brown bread were a staple of the Massachusetts Bay colonist’s diet. It quickly became a part of the culture in Boston and has since remained a popular dish in the region.

Sources:
Drake, Samuel Gardner. The History and Antiquities of Boston: The Capital of Massachusetts and Metropolis of New England from its Settlement in 1630 to the Year 1770. Luther Stevens, 1856.
Andros, Howard S. Buildings and Landmarks of Old Boston: A Guide to the Colonial, Provincial, Federal, and Greek Revival Periods. UPNE, 2001.
Massachusetts Court of Assistants. Records of the Court of Assistants of the Colony of the Massachusetts Bay 1630-1693. County of Suffolk, 1904. 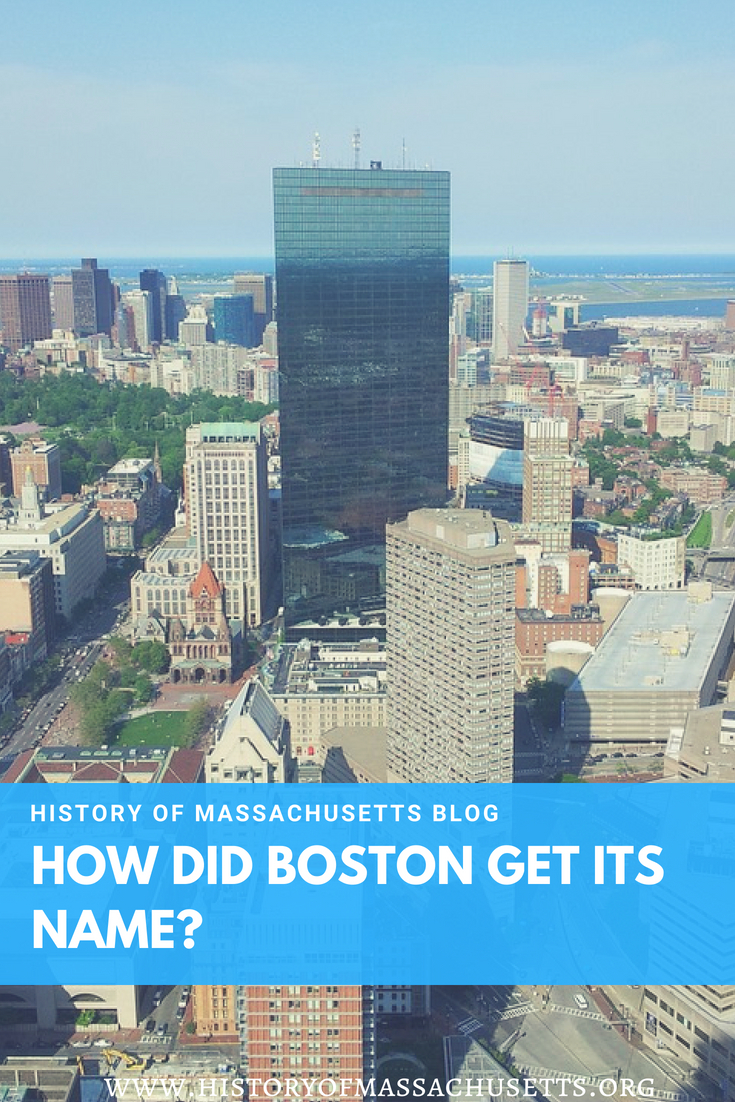 4 thoughts on “How Did Boston Get Its Name?”