Dogtown is a ghost town, once a former parish of Gloucester, that is rumored to have been overrun by dogs, vagabonds and suspected witches in the 1800s.

This rocky, highland area was once home to about 80 families who settled there in the early 1600s in order to escape pirate and Native-American attacks that plagued other areas of Gloucester.

As the threat of pirates, coastal bombardments and raids disappeared after the Revolutionary War and the War of 1812, most of the families abandoned their shanties and small rustic homes there and resettled along the harbor. 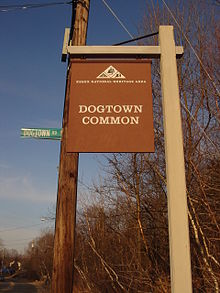 The empty village, which was known as the Commons or the Commons Settlement at the time, quickly began to attract outcasts and drifters who squatted in the abandoned homes.

According to the book Dogtown: Death and Enchantment in a New England Ghost Town it was during this time that the village acquired its name “Dogtown,” either from the plethora of dogs some of the village women used for protection or from the low-level inhabitants it attracted:

“In the 1890s, the area and its named piqued the interest of Gloucester Daily Times editor Charles E. Mann, who documented its history and interviewed ‘sweet-faced old ladies’ and ‘men with whitened locks’ to produce a slender little volume titled In the Heart of Cape Ann or the Story of Dogtown. ‘The name Dogtown,’ Mann wrote, ‘…came from the canines kept by the so-called ‘widows’ of the place, when the evil days came that saw their natural protectors either in their graves or buried beneath the ocean.’ But other than this explanation there are no stories about dogs in this place. What changed the Commons Settlement to Dogtown was the people: women who dressed like men, men who did housework, alleged witches, and former slaves, who lived, according to what Roger W. Babson called ‘Gypsy Ways.’” 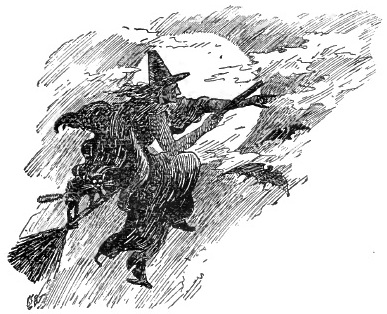 Illustration from Charles Mann’s “In the Heart of Cape Anne, Or the Story of Dogtown”

Some of these inhabitants were women, such as Luce George, Molly Stevens, Judy Rhines, Peg Wasson, Thomazine “Tammy” Younger and Molly Jacobs, who had long been suspected of witchcraft.

Thomazine “Tammy” Younger, was known as the Queen of the Witches, and lived in a little house on Fox Hill, near Alewife Brook, which is now Cherry Street, where she entertained “buccaneers and lawless men,” made rum and butter, held card games and read fortunes. 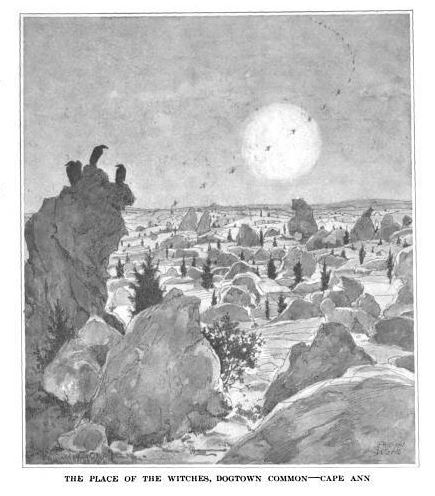 The place of the witches, Dogtown Common – Cape Ann, illustration published in Harper’s Magazine, volume 140, circa 1919-1920

She supported herself by selling butter and begging for fish at the harbor. Tammy allegedly bewitched local Oxen carrying supplies over the bridge near her house by commanding them not to move until their owners paid her a toll.

It is rumored that Tammy’s aunt, Luce George, as well as Peg Wasson, cursed piles of wood on passing carts not to stay on the cart unless of portion of the wood was given to them.

Peg Wasson, according to a New York Times article about Dogtown published in 1921, had once been accused of flying around on a broomstick and did so one day, disguised as a black crow, over a camp of soldiers, who shot the crow down with a silver sleeve button fired from a gun, after regular bullets failed to do the job.

At the same time, legend has it, Wasson fell down at home with an injured leg from which a doctor extracted an identical silver button. 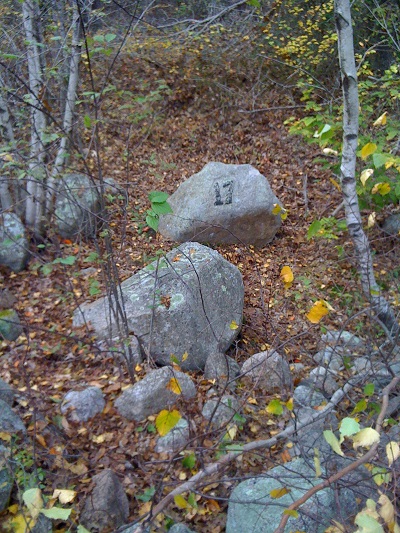 It was never officially proven that Tammy or any of the other village women were in fact witches, as East writes in Dogtown: Death and Enchantment in a New England Ghost Town:

“Indeed, there were two types of women [primarily] who were referred to as witches in eighteenth and early nineteenth-century America: the midwife/folk healer and the social outcast, who was often destitute, accused of licentiousness and of possessing unusual, if not supernatural, power…And while most of Dogtown’s women were outcasts, some were also legitimate healers.”

Yet, the New York Times article attributes the large number of lost hikers in Dogtown to the alleged witches’ evil power and states that occasionally a distinct cackle can be heard coming from the woods.

A brutal murder of a young teacher that occurred in Dogtown in 1984 didn’t help the town’s reputation any and has led to further speculation that evil spirits reside there.

By 1839, the witches of Dogtown and other inhabitants eventually died, moved away or were removed and placed in the poor house in Gloucester, and the abandoned village was later turned into a park.

Although the original homes are long since gone, the cellars of these homes still remain and are marked by boulders inscribed with the former house numbers.

Dogtown is located at the end of Dogtown Road, Gloucester, Mass. Admission and parking are free. 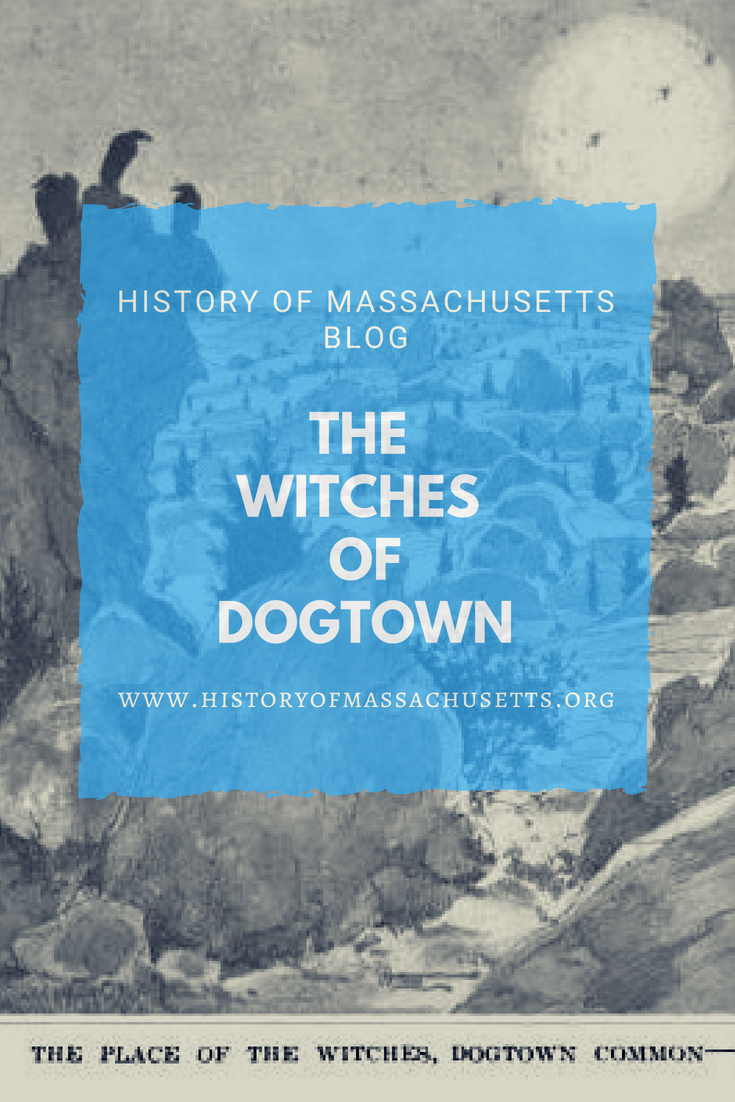 1 thought on “The Witches of Dogtown”